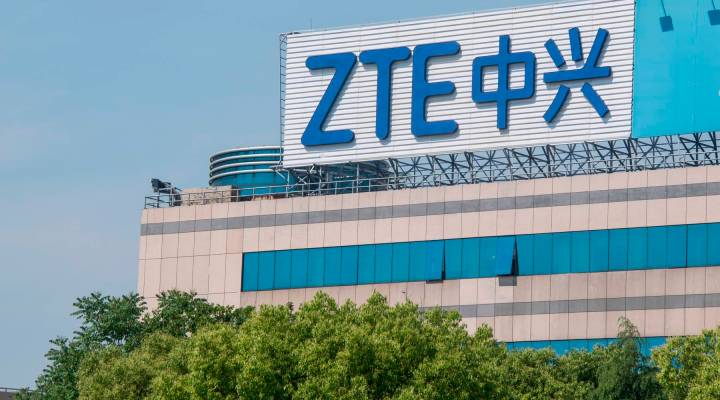 David Brancaccio and Ali Oshinskie May 14, 2018

Over the weekend, President Donald Trump changed his stance toward Chinese smartphone company, ZTE Corp. Last week, the telecommunications company halted all major operations following an order by the U.S. Department of Commerce banning business between ZTE and American companies. U.S. intelligence agencies have previously said they regard ZTE equipment to be a cybersecurity threat. The company was also found to have violated U.S. sanctions.

Trump tweeted that he plans to work with Chinese President Xi Jinping to put ZTE employees back to work.

To get some insight into this surprising reversal via tweet, we spoke with Douglas Jacobson, an international trade lawyer with Jacobson, Burton, Kelley. The following is an edited transcript of the conversation.

Douglas Jacobson: This case has been going on for more than six years and so ZTE has had several opportunities and the U.S. government weighed in over two years ago and imposed the largest fine on a company ever: $1.3 billion dollars for their activities with respect to violating U.S. sanctions. And so this particular action that took place last month which was to deny their export privileges was a follow up on the settlement agreement that they reached last year.

David Brancaccio: So surprise it’s unusual but how do you read this? Do you think it maybe is a softening of the U.S. approach to international trade particularly with China?

Jacobson: Well, with this president it’s a little bit hard to know. I really don’t think this is linked necessarily to all the other U.S.-China trade-related issues. I think this perhaps maybe more linked to trying to curry favor with the Chinese or do something in exchange perhaps for China’s commitment for something else whether it’s China’s role within North Korea nuclear program or to extract some other concessions. But it’s certainly highly unusual to use a legal case to try to extract some concession, as part of some other deal.

Brancaccio: And as we’ve learned sometimes there is a gap, there is daylight between a presidential tweet and policy.

Jacobson: Well, absolutely. So now the devil’s in the details because I know for sure that the Commerce Department and the law enforcement community who is handling this case they now have to figure out what to do. So the president directed the Commerce Department to do something and now they have to figure out how to do it. Because we really are in uncharted territory: There is nothing in the regulations, there’s nothing in any statute on how to address this issue. So they’ll have to come up with something that really will be out of the box.