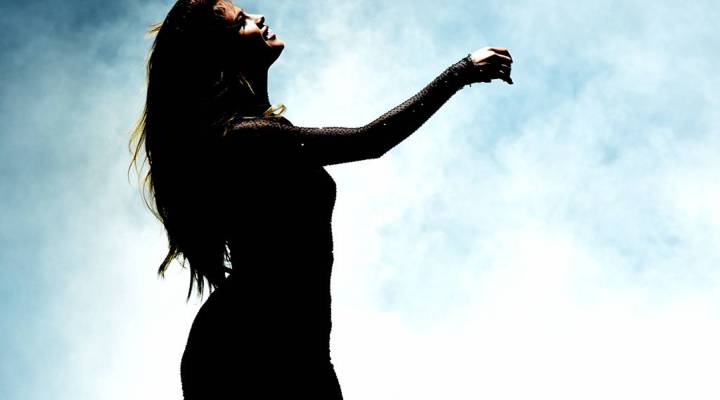 John Janick took over for Jimmy Iovine as CEO of Interscope Geffen A&M Records in 2014. Iovine hand picked Janick as his successor, and Janick then spent months learning the business from the music legend.

Janick launched himself into the music industry when he started a record company out of his college dorm room called Fueled by Ramen. Its artists included Jimmy Eat World, Fall Out Boy and eventually Panic! at the Disco and Paramore.

As the CEO of Interscope Geffen A&M Records, Janick thinks a lot about music streaming and how it’ll keep changing the industry, finding new ways for his artists to innovate. Janick talked to Marketplace host Kai Ryssdal about that and the soundtrack to “La La Land,” nominated for an Academy Award. Below is an edited version of their conversation.

Kai Ryssdal: You’ve been in music a long time. Like back to college days. Yes? Tell me about Fueled by Ramen, that first label.

John Janick: I started my first label in high school when I was 17 because I just love music. So I started a label, and I put out one release. And then, going into college, I met somebody who was in a band that I was a fan of and decided to start Fueled by Ramen. So I did that for 16 years prior to coming to Interscope.

Ryssdal: How do you listen to music today? I imagine you’re drowning in music.

Janick: I listen to it. I listen just whenever I can find free time. I mean, I constantly listen; whether I’m in my car or working out, I love it. I mean, I think that if I made it feel like it’s work, then I don’t think I’d be very good at it. So I just listen to all different types of music, sometimes I listen to things that aren’t our own, and just do it because I love it.

Ryssdal: How did you get the gig at Interscope? What, four years ago now, right?

Janick: Yeah. I had met Jimmy Iovine, who started Interscope. And I was coming in to meet him just to talk about music, and he’d shown me the Beats headphones. And I didn’t understand what he was doing.

Ryssdal: You know a lot of people had the same outlook.

Janick: Yes. Exactly. So I just kept in touch with them a little bit. And one day, Jimmy called me up and said, “I need somebody to run the company. You’re going to have the keys to the car. It’s going to be you or your company. I’m going to be here, and I’ll help you through everything.” Yeah. And I was taken aback. I said, “With all due respect….” People say things like that all the time, you know? But then I spent the next nine months with him, and not many people knew about this, but he wanted to launch a streaming company, and I thought it was brilliant.

Ryssdal: What do you make of where music is today with trying to figure out the streaming thing? I mean, Chance the Rapper won a Grammy the other day without ever selling a physical record or signing or anything. It’s a tricky spot for you, I imagine.

Janick: Right, you know when I started my label Fueled by Ramen, it was a time where the barriers of entry were coming down. You didn’t you have to put CDs in stores. You didn’t have to get on MTV. But we were able to take advantage of what was happening early on in MP3.com and then into Friendster and MySpace and then into YouTube.

Ryssdal: So, it’s funny, because you’re not that old. I mean, you know, I’m just — that goes back quite a ways.

Ryssdal: So what’s the nut you have to crack now?

Janick: I think the world of music is changing every day. Obviously streaming is taking hold. But it’s still in its infancy stages.

Ryssdal: Really? Because it seems like it’s been around for such a long time.

Janick: Yeah. I mean us living in L.A. and probably in major cities— you know, I mean, I’ve been with my wife since I was 20 years old. I’ve tried to explain streaming to her and you know, probably just a year ago. You know, we’re sitting in a car. My son, he’s 4 at the time, says, “Daddy, I want to hear this song” and you know, I just pull it up and play it. My wife is sitting in the car and says, “Oh, you can just do that, you just open something, you click a button,” and I was like, “Yeah, I’ve been telling you this for three years.” But I think that’s really the word.

Ryssdal: Talk to me for a second about the decision to release the “La La Land” soundtrack and how you came to that.

Janick: It’s an interesting story. I signed Selena Gomez I guess a couple of years ago, and through her music agent, I met her acting agent. And she was telling me about this director she was working with — Damian. “Whiplash,” his prior film, I think had just been put out in the U.S. So she told me about it, and I went and I watched the film at home. It was one of those movies that just made you think for days after watching it, and I was just, I was like, “I got to meet this guy.” So, fortunately, she hooked it up, and I told him how much I love the film and asked him what he was doing next, and he said he was doing this musical. And then we just were like, “We got to do it.” And so we put our whole team on it, talking about marketing and figuring out where we can help on the music side. You know, he’s one of those guys that just has such a vision, and for us it’s just, “OK, how do we just work with him?”

Ryssdal: It stands to reason, because this is true in all enterprises, but hearing you tell me that story makes it even more clear that, especially in this business, it’s who you know.

Janick: Exactly. You know, you bump into things which is interesting, because when I was a guy in Florida starting a record label, I knew nobody. I had no mentors, no nothing, and it was just me kind of just trying to figure it out. Now, I have all this access. I didn’t believe in luck before. Now I know, it’s a lot of hard work, and then there’s also positioning yourself.

Ryssdal: But the other thing is, you are one of the people now who people want to bump into, right?

Ryssdal: I mean, you’re rolling your eyes, but do you ever look around and go “Huh. Here I am?”

Janick: Yeah, totally. You know, I never really look at it that way, but whenever I’m walking into an event, like, “Am I going to know somebody?” And then, fortunately there’s a lot of people there that we work with every day.

Ryssdal: In five years, what is Interscope, given the pace of change in music and audio.

Janick: I think the sky’s the limit when you think about it the way that streaming is taking over. There’s going to be so many more opportunities for people to discover new acts. I think that’s exciting. But also, I think what we can do in entertainment now, between visual content, and you know, especially when we’re working with artists like Selena or Lady Gaga, who was in “American Horror Story,” and she’s going to go do “A Star Is Born.” Finding new ways to connect with audiences I think is going to be really interesting.

Ryssdal: John, thanks a lot.

Listen to John Janick’s full interview on the Corner Office podcast from Marketplace on iTunes.