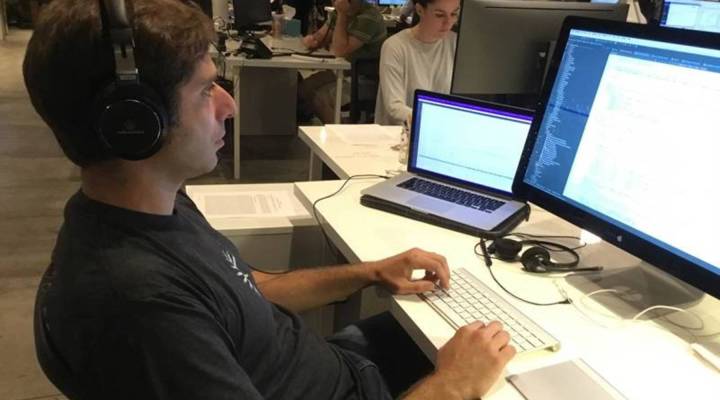 COPY
Jonah Lopin in his open office space likes to listen to the recorded sound of a fan through his headphones.  Judith Kogan/ for Marketplace

Jonah Lopin in his open office space likes to listen to the recorded sound of a fan through his headphones.  Judith Kogan/ for Marketplace
Listen Now

Jonah Lopin, CEO of Crayon, a software developing startup, works in a trendy open office space in downtown Boston. Even though he’s CEO, he doesn’t have an office where he can shut the door. There’s a lot of noise from his co-workers. When he needs to concentrate, he puts on noise canceling headphones and plays the recording of a fan.

“Somehow when the fan is going, it clicks off that part of the brain that’s anticipating interruptions and I’m able to focus,” Lopin said.

Music has long been used to boost productivity in the workplace. Factories and offices pipe music in. But changes in the nature of work, office spaces and technology now have workers opting for sounds that don’t quite qualify as music.

There’s been an uptick in the sale of ambient sound recordings, part of the industry of sounds marketed to help people focus. Will Henshall, CEO of the audio service Focus@Will, said such products are especially attractive to tech workers, designers and entrepreneurs, and that the demand is growing. “We think the market is globally upwards of possibly $500 to $700 million market in the next three years,” he said.

Lopin pulled the fan noise off a 10-hour soundtrack he found on YouTube. “And not all fans sound good to me,” Lopin continued. “I mean honestly, I tried a lot of different fans online. I think this fan that I listen to is like the best fan.”

That particular track has had over 12 million views. The sounds that people choose vary widely. Kaite Rosa, marketer at Payfactors, a data management startup in Braintree, Massachusetts, listens to a recording of murmur in a coffee shop.

“It sounds like people coming in and out of a café in the morning,” Rosa said. “You can hear a barista at the espresso machine, you hear kind of like a dull hum of background conversation.”

Rosa said she needs that controlled background noise to think. Her least favorite sound to work to? Complete silence. 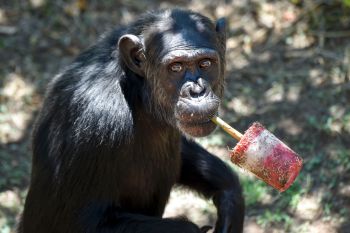