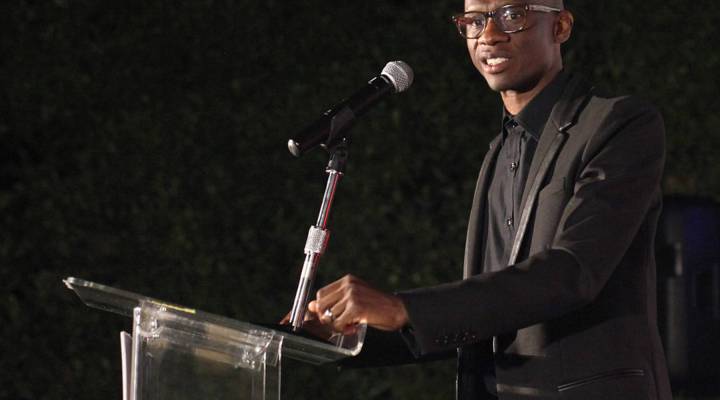 Troy Carter speaks onstage at an event on May 3, 2016 in Los Angeles. Matt Winkelmeyer/Getty Images for The Rush Philanthropic Art Foundation

Troy Carter speaks onstage at an event on May 3, 2016 in Los Angeles. Matt Winkelmeyer/Getty Images for The Rush Philanthropic Art Foundation

Spotify has recruited Troy Carter as its “global head of creator services,” drawing the renowned talent manager deeper into the streaming wars.

Carter will work with labels and artists, Recode reported. That’s a key role at rival services like Apple Music, which has record exec Jimmy Iovine, and Tidal, which has, uh, Jay Z. Carter’s company, Atom Factory, works with stars like Meghan Trainor, and most notably helped discover Lady Gaga. Since then he’s become a tech investor, putting early money into Dropbox, Uber and Spotify.

When Marketplace’s Kai Ryssdal talked with Carter on stage at the Fast Company Innovation Festival, he said music is used to sell a lot — but not itself. While iTunes and free streaming services (like, um, Spotify) have tanked the value of an individual mp3, music itself is more valuable than ever, and the industry is slow to leverage that.

Music as a whole industry is growing exponentially, but in terms of the actual music file — When you look at the actual value there, to me The Beatles catalog should be worth more than Spotify… So I think the industry has done a very poor job in terms of value capture.

Of course, one way streaming services have tried to capture that value is by getting exclusive streaming rights to big releases — think Beyonce’s “Lemonade” and Drake’s “Views.” These big deals might be the new normal for streaming music and an existential threat to Spotify, which leads the industry, but has refused to play the exclusives game so far. That’s presumably what Carter — and his industry connections — will try to sort out.

Check out our full conversation with Carter on the Corner Office podcast.