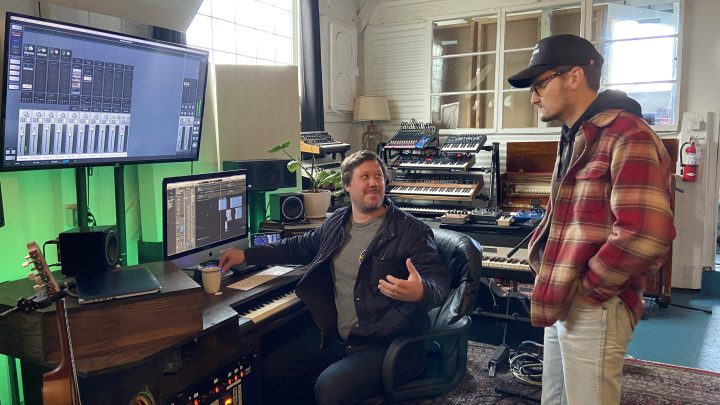 It can be hard to make money in the streaming economy, but some musicians and playlist curators are making it work — despite the fact that musicians say Spotify and other streaming services pay them just a fraction of a penny per song streamed.

Seattle musician Mark Diamond is now coming up on four years since he left his day job as a barista to be a full-time, independent musician.

“I would open the shop really early in the morning and there wouldn’t be a lot of customers. So in my spare time, I would start finding playlists,” Diamond said.

Spotify curates a lot of playlists on the streaming site. But Diamond was reaching out to independent playlisters who share their own collections. They weren’t employed by Spotify, and they had a good following of listeners; their playlists matched Diamond’s genre.

He’d reach out to these playlisters personally and suggest his music to them. After about a year or two of doing this, enough people added his music to their playlists and his hustle paid off.

“I had a friend reach out to me and say, ‘Hey, congrats on a million streams,’” Diamond said.

That’s a million streams a month. Diamond calculated that Spotify was only paying him about .0032 cents a stream. Multiply that by a million, and he made $3,200 that month. He quit his day job and hasn’t looked back since.

One of the playlisters who took Diamond up on his pitch to add his music to a playlist is Alex Rainbird. He describes his playlists as being “for every occasion and mood and day and feeling.” Rainbird started off making music playlists on YouTube 10 years ago and eventually expanded to Spotify.

Rainbird and his partner now make a living from making music playlists every three days or so. Their focus is on independent musicians, and they find most of their artists the same way they found out about Diamond: Artists get in touch with them directly. The musicians get streaming money through Spotify playlists, while alexrainbirdMusic makes money from YouTube ads.

“Everyone kind of wins in that way,” Rainbird said.

But it’s pretty rare to be able to make a living off streaming as independent playlisters and musicians, especially for musicians who have to split their earnings with a label or other members of a band.

“If you’re coming up as a musician and you have three people in your band who have equal share of writing, suddenly you’re dividing that number by three,” said Zack Nestel-Patt, an independent musician in the band No Swoon.

Nestel-Patt is also an organizer with the Union of Musicians and Allied Workers. The union has been pushing Spotify to pay artists more and be more transparent. Spotify did not return a request for comment on the union effort.

It’s hard for some musicians to maintain a million streams a month just to make a living, Nestel-Patt added.

“I don’t know how sustainable that is long term, depending on the whims of playlists to like your music. What if you make three singles and it doesn’t hit, right?” he said.

Streaming income can be unpredictable. Diamond said his streaming numbers have been as low as 600,000 a month and as high as 4 million — that’s the difference between a monthly income of about $2,000 and about $13,000.

“When streams are high like that, you save your money because you know that they’re going to go down,” Diamond said.

Diamond has also had to diversify where he gets music income from. Streaming allowed him to quit his day job, but now he gets income when his music gets placed on TV shows, too. He’s also started a subscription-based fan club.

“That’s $5 a month, and they get all my songs one week before everybody else,” Diamond said.

Diamond said he tries to avoid focusing on his streaming numbers each month because it can take the joy out of making music.