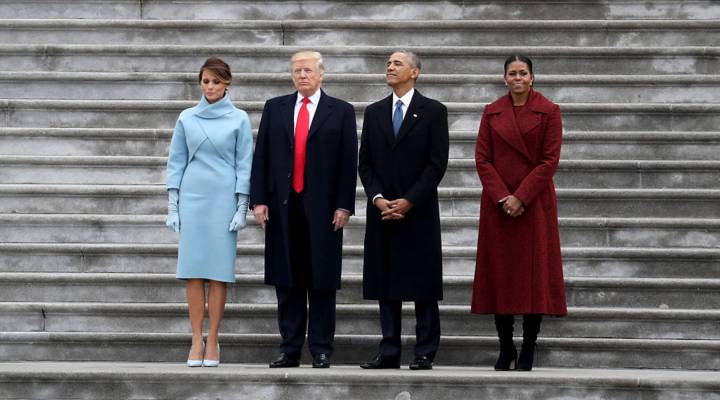 What kind of economy did President Trump actually inherit?

What kind of economy did President Trump actually inherit?

President Donald Trump had a pessimistic outlook on the economy at his press conference today.

“To be honest, I inherited a mess. It’s a mess. At home, and abroad — a mess. Jobs are pouring out of the country. You see what’s going on with all of the companies leaving our country, going to Mexico and other places. Low pay and low wages.”

In describing the economy, context is important. And without taking anything away from the challenges Trump faces overseas, a few things should be noted in light of his comments:

The economy added 227,000 jobs last month, according to the first jobs report from the Trump administration, far surpassing the predicted 180,000 by economists. Manufacturing, which Trump often uses as a prime example of jobs leaving the country, actually experienced a slight uptick in numbers, along with service industries.

Employment rates are experiencing a pretty significant recovery. Around the new year, reports said that job growth is around 175,000 a month, and unemployment dropped down to 4.6 percent.

Wages are rising at their fastest pace in years. They’re up 2.9 percent from last year, adding about 75 cents to the average hourly pay. The increase has been especially salient in major cities.

Inflation is at a solid 2.5 percent.