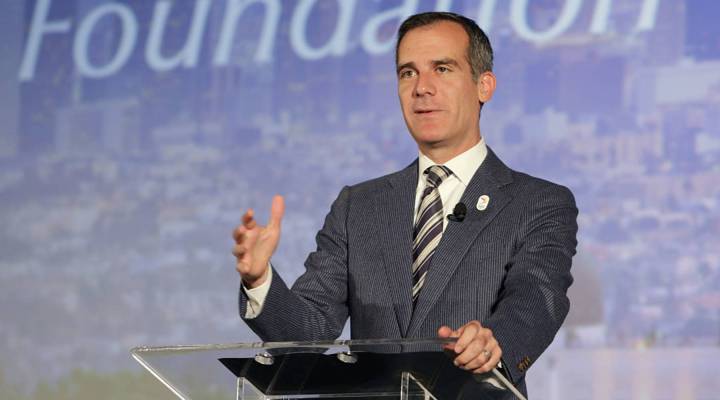 One of the centerpieces of President Donald Trump’s campaign was a call for the return of manufacturing jobs to the U.S. But a survey out this week from Glassdoor looking at the best jobs of 2017 highlights tech jobs more prominently than manufacturing.

“The top five jobs in America this year are No. 1, data scientist,” said Andrew Chamberlain, Glassdoor’s chief economist. “No. 2 is dev ops engineer. No. 3 is data engineer. No. 4 is tax manager and No. 5 is an analytics manager.”

“When politicians talk about manufacturing jobs, they’re playing on people’s nostalgia, but the reality today is that manufacturing is a very small part of the overall labor market,” Chamberlain  said. “Instead, the future is looking more like skilled services, tech, health care, professional services — jobs that are difficult to automate and jobs that require some creativity and some flexibility. Things that are eminently human.”

The city of Los Angeles is holding a tech fair today, touting its startups and its tech-savvy workforce. Marketplace’s Adriene Hill talked to Mayor Eric Garcetti and asked him why making Los Angeles a tech hub is a priority. Below is an edited transcript of their conversation.

Eric Garcetti: You know, I think that we see this economy changing so rapidly, and we need to be able to find where jobs will be growing in the next 25 years for the next generation of workers. To me it’s very clear that technology is one of those areas that will continue to expand. And L.A. is uniquely poised, because we aren’t just about digital technology. We’re about transportation technology, we’re about energy technology, we’re about Hollywood and entertainment technology. It’s important for our economic prosperity and also for us to find this range of jobs, some of which will require, you know, doctorates and master’s degrees, but also a lot that can be given to folks who can have a middle class living without even having a college degree, as programmers or some of the professionals that can fuel tech companies’ growth.

Adriene Hill: What are the revenue implications of all that growth for the city itself?

Garcetti: You know, in the old days people would say to a mayor, “Get me a Fortune 500 headquarters and you might get a thousand jobs out of that.” But I focused on companies like Riot Games, game company that a few years ago didn’t exist, a couple of USC grads founded it. They have 3,500 employees and are poised to probably add another couple thousand more. That’s where growth is and that’s where revenues then come. These are people who live, shop, pay taxes in your city, become the base of a new middle class. And to many of our cities, we’ve seen the creative class doing well, a service class balloon at the bottom, but that middle class that used to work in a factory or do something, maybe without a college degree, is quickly disappearing. I think infrastructure jobs, together with these tech jobs, can be that middle class source for so many and give us the revenues to make a prosperous and safe and livable city for decades to come.

Hill: As a mayor, what are your other priorities going forward when it comes to this tech sector in L.A.?

Garcetti: You know, for me I want to make Los Angeles, the tech sector, be the most diverse there is in the world. I want the next Mark Zuckerberg to be an African-American girl growing up in South L.A. or a Latino boy who’s in the east side of our city.

Hill: How do you change the face of tech workers? It’s something the industry has struggled with for a long time in that it’s a white male industry in large part. How do you as a mayor affect that?

Garcetti:  You have to be very intentional and hold those gatherings where people can network, connect mentors and mentees. Where students of color are concerned, you have to go where they are. So you have to lay those seeds down very early. You can’t just suddenly look at your workforce and say, “Hey get me some black engineers, I need more women programmers.” You actually have to think about that years ahead of time, and we’ve brought tech companies in and challenged them and say, “Look, we know you will continue to get great people who want to work in the summertime at YouTube. Why not get them from a neighborhood very close by, right here in this city?” And they’ve responded very well, and we’ve seen that grow by hundreds of jobs each year.