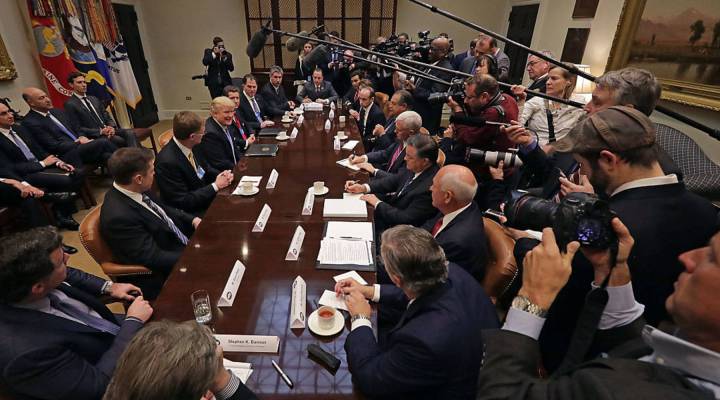 Every new presidential administration starts with a flurry of activity and the Trump White House is proving no different in that regard.

President Donald Trump met with business leaders in the White House Monday morning – many of whom are from the manufacturing sector. Among them were Mark Fields of Ford Motor Company, Elon Musk of SpaceX, Michael Dell of Dell Technologies and representatives from Whirlpool, Lockheed Martin, Dow Chemical, and U.S. Steel, to name a few.

Trump told the business leaders at his meeting that he would focus on trade and the economy. “It’s what the people wanted. It’s one the reasons I’m sitting here instead of someone else sitting here. I think it’s something I’m good at,” Trump said.

He also told them that he would like to reduce regulation, make it easier for companies to do big projects, things that are “monstrous and special,” Trump said. “We think we can cut regulations by 75 percent. Maybe more.”

How does a president cut regulations by 75 percent?

Marketplace’s Sabri Ben-Achour says it depends on how you measure regulation.

How did business leaders take this meeting?