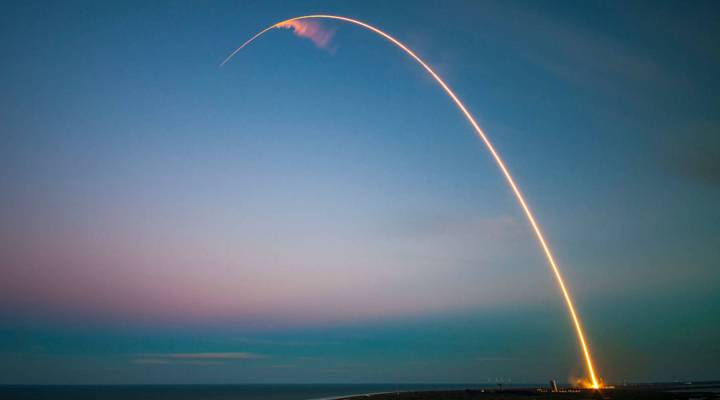 COPY
In this handout provided by the National Aeronautics and Space Administration, SpaceX's Falcon 9 rocket makes a successful launch with the SES-9 communications satellite on March 4, 2016, in Cape Canaveral, Florida. Photo by NASA via Getty Images

In this handout provided by the National Aeronautics and Space Administration, SpaceX's Falcon 9 rocket makes a successful launch with the SES-9 communications satellite on March 4, 2016, in Cape Canaveral, Florida. Photo by NASA via Getty Images
Listen Now

Tesla and SpaceX head Elon Musk held an event today talking about his vision for humanity as a “multiplanetary species.”

He first told us about that plan, using that exact language, five years ago this summer. We were talking about SpaceX’s rockets, and I asked about longer-term plans. Where should this country go in space?

“I think that we should be focused on establishing a self-sustaining human civilization on Mars,” he said. “I think that should be the central focus.”

His answer got pretty existential from there. Colonizing another planet would be similar to evolving from a single-cell organism to a multicell one, he said. You can hear it below, at around the 11:45 mark.

Today, sure enough, Musk said he’ll send a crew to Mars inside 10 years. Then, in 40 to 100 years we’d have that self-sustaining civilization — Musk compared it to “Battlestar Galactica.” Here’s our full coverage of the presentation.