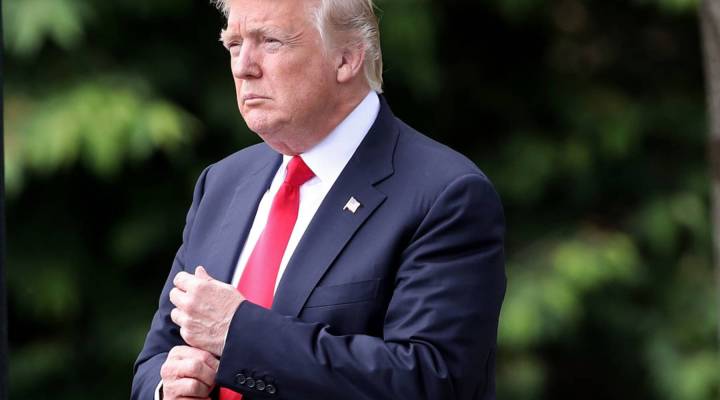 The CEOs of companies including, Apple, Google, Amazon and Microsoft are in Washington D.C. today for the second White House Technology Summit. It’s been six months since President Trump’s last roundtable with Silicon Valley leaders.

Despite being largely against Trump’s positions at the time, there was at least a cautious sense they might be able to work together on issues such as cyber security and job creation.

Well that was back before Trump tried to pass a travel ban on majority-Muslim countries and ordered a review of the H1-B visa program for foreign workers.

“Immigration visas are certainly going to be a big topic of discussion,” said Tracy Chadwell with the venture capital firm, 1843 Capital. Chadwell noted Trump’s immigration policies have been bad for business for a number of tech companies.

“You know, Microsoft is the No. 1 user of these [H1-B] visas and Apple certainly has a tremendous amount as well,” she said.

Tesla founder Elon Musk and Disney’s Robert Iger, both quit Trump’s high-powered business advisory panel a few weeks ago, after the president pulled the U.S. out of the Paris climate accord.

But, Nicole Ames, a digital media consultant with Twist IMC points out that most of these CEOs are driven more by shareholder value and short-term interests, rather than ideology.

“Even though it feels like these companies should be left-leaning, the truth is that they have a broad range of users,” said Ames. “They don’t want to alienate heavy users on either side.”

Trump’s son-in-law Jared Kushner will host the meeting, which will include Trump, Vice President Mike Pence and Ivanka Trump. Kushner directs the Office of American Innovation.