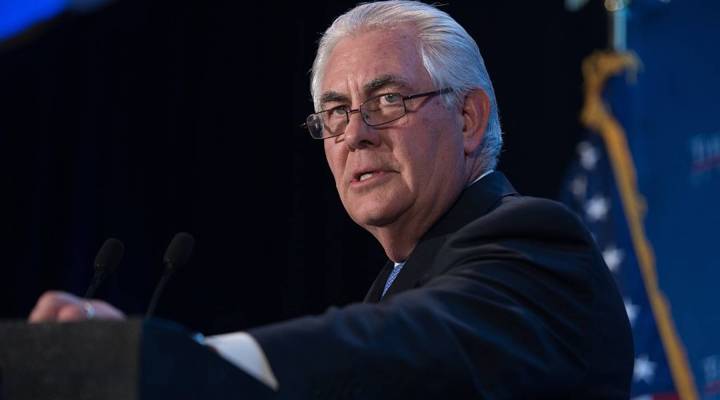 Rex Tillerson, the CEO of Exxon Mobil and now President-elect Donald Trump’s pick for secretary of state, has announced his plan to divest from Exxon in hopes that he will be confirmed for the new job.

He’ll essentially cash out on his current and future shares in the company, placing the value of the deferred awards in an independently managed trust. His deferred awards in Exxon are currently valued at around $182 million; current shares will sell for around $55 million. He’ll let go of his salary, retirement benefits and bonuses.

Jordan Libowitz with Citizens for Responsibility and Ethics in Washington points out that this divestment is legally required of executive branch employees who aren’t the president.

“He either needs to divest, or he needs to recuse himself from anything that would affect the industry in which he has the conflict, which would make it pretty much impossible to be secretary of state,” Libowitz said.

Trump still hasn’t moved much on the ethical concerns with his global real estate business. He has talked about getting out of his charitable foundation, and said he’ll suspend deals in some countries, but nothing approaching a full firewall like what his cabinet members will be required to pursue.