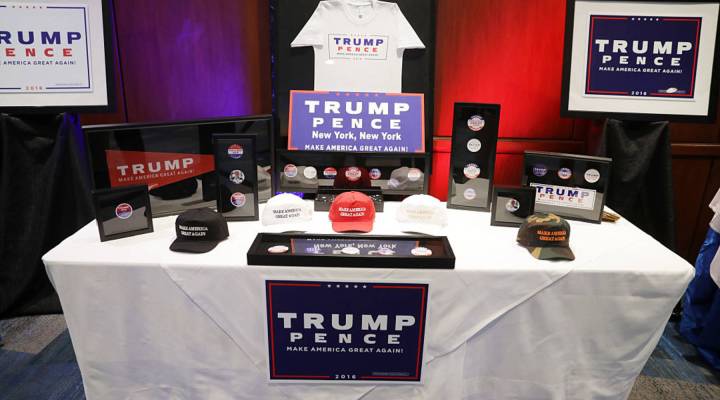 There are really two transitions happening in Washington, D.C.  The real-life transfer of power from Barack Obama to Donald Trump. And then there’s the trinket transition.

At the Washington Welcome Center, a souvenir shop in downtown Washington, Donald Trump hats are selling out. Hillary Clinton is on clearance.

Washington said they started getting new “President Trump” merchandise the day after the election.

“If you walk over here on this side with me, I can show you,” she said, as we walked around the store.

She points to a window display of Trump shirts, pens, bobbleheads, stickers and candy bars.

“And then Donald Trump has his own window here, and then he has a window on that side,” she said. ” And a whole wall.”

The trinket transition is also unfolding at dozens of vendor stands down the street from the White House. Dan Bjerk is visiting from Clearwater, Florida, scouring the stands for Christmas presents for the family back home.

“I haven’t found really what I wanted so I haven’t bought much,” he said. “There’s just not much to select from right now, I guess.”

There’s a reason for that. Just like in real life, President Obama is still around, taking up space on vendor Jae Shin’s cart. And selling well.

“Especially the picture with his family – very popular,” Shin said.

Delise Bernard and her three kids are picking up Obama tote bags and mugs. Bernard figures she’s spent about $1,000 on Obama souvenirs over the years.

“I bought a sweatshirt,” she said. “I bought blankets. I have water bottles.”

Bernard is buying up Obama stuff while she still can — before the Obama bobblehead formally hands off to his Trump counterpart. 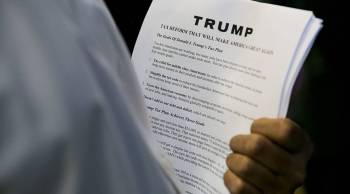