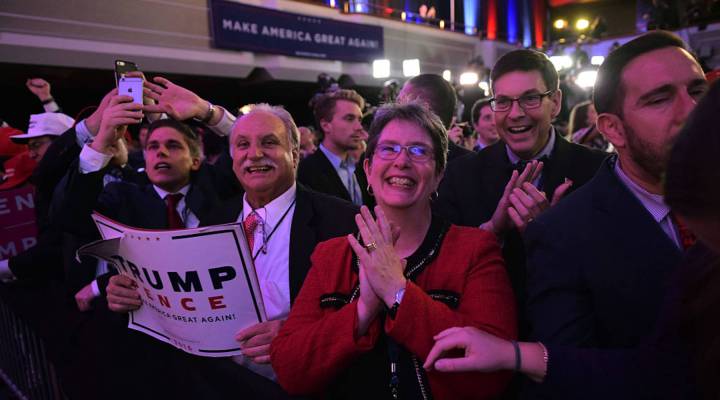 Donald Trump’s election, and the early actions of his transition team, have shored up investor confidence in the short term, with major U.S. stock indices rising since Nov. 8.

Investors anticipate pumped-up profits in sectors such as energy, defense and pharmaceuticals under a Republican president and Congress.

Meanwhile, job growth is steady — averaging 175,000 per month recently, according to the Bureau of Labor Statistics. Unemployment has fallen to 4.9 percent. And economic growth could speed up in the coming year, said John Canally, senior economic strategist at LPL Financial in Boston.

“There’s going to be a substantial fiscal stimulus coming down the pike: tax cuts and a big infrastructure package,” said Canally.

According to the Trump transition team’s website, the president-elect plans to invest $550 billion to rebuild roads, railways, airports and other infrastructure.

However, long term, “tax cuts and spending increases raise the odds that you do too much of something,” said Canally. “ Do you spend too much, do you borrow too much, do you build too much? Those excesses are typically what cause recessions.”

Economist Bernie Baumohl at the Economic Outlook Group, in Princeton, New Jersey, has written in his latest forecast that a serious risk to U.S. and global growth comes from Donald Trump’s oft-stated campaign pledges to renegotiate or scrap international trade treaties such as NAFTA, and punish China for alleged unfair trade practices, which Baumohl argues could start a trade war with China.

“Does Trump believe that he can lord over the U.S. economy the way he lords over his own company, that he can negotiate with other countries the way one negotiates with other firms?” asked Baumohl. “He is probably badly mistaken.”

Josh Bivens, research and policy director at the progressive Economic Policy Institute in Washington, D.C., said a $500 billion fiscal stimulus for infrastructure spending, plus big tax cuts that benefit upper-middle- and upper-income earners, would likely shift growth into high gear in the first year or two of Trump’s presidency.

But based on the stated plans of the president-elect and Republican leaders in Congress, Bivens doesn’t believe lower- and middle-income workers would benefit much.

“I don’t see a lot of push to raise the minimum wage,” said Bivens. “You’ll see continued attacks on organized labor. And I think unions are really key to supporting wages.”

Economists surveyed by the Wall Street Journal after the election (Nov. 9-11) put the chance of a recession in the next twelve months at 20 percent, up from 14 percent this time last year.