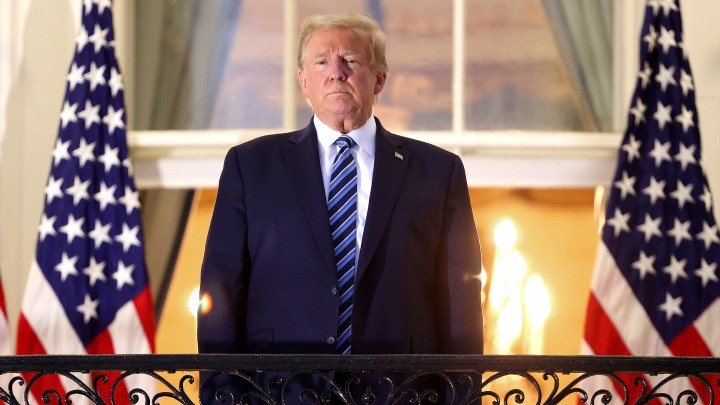 After President Donald Trump tweeted he’s cutting off negotiations on big pandemic relief funding, saying that will have to wait until after the election, the stock market fell with the Dow dropping 375 points, 1.3%.

This morning stock index futures were up modestly after new tweets last evening find the president calling for piecemeal stimulus, including $1,200 pandemic checks for families to be signed by the president and arrive before election day. So, some whiplash here.

Karen Petrou, managing partner of the Washington-based economic consulting firm Federal Financial Analytics, spoke with “Marketplace Morning Report” David Brancaccio about this. The following is an edited transcript of their conversation.

David Brancaccio: All right, so with the latest set of tweets in which the president is calling for more aid to small businesses from Congress, $25 billion for airline payrolls support — did the president blink? Is he now negotiating again?

Karen Petrou: I think the president is always negotiating. Even with COVID, even in the fortress of a White House, he’s running the country like building a casino. I mean, he’s just trying to make a deal. That’s the only way I can explain this.

Brancaccio: The promise, at least yesterday, was that if the president wins, he tweeted, we’ll have big stimulus right after the election. Is that how you see it? I mean, if he wins, or if Biden wins, we’re going to get some stimulus soon after the election?

Petrou: If either he or Vice President Biden wins, after the election, the country will be where it is due to the economy and the pandemic — things neither of them controls. And that’s what’s going to determine what happens in the lame duck. Even in Washington, reality matters. And I think we’re going to be facing a very, very difficult reality in November and December of this year.