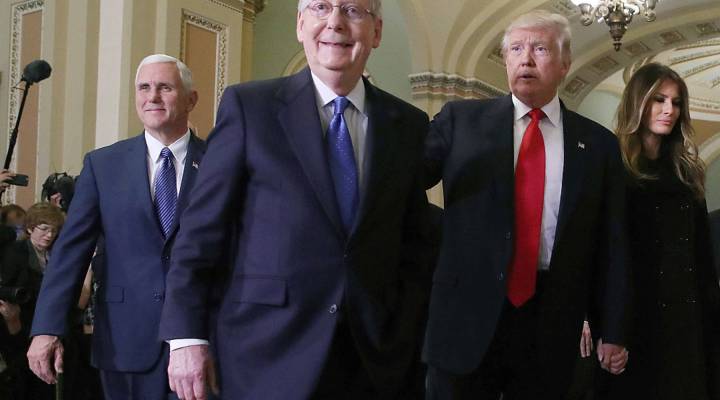 President-elect Trump’s economic landing team will establish beachheads at places like the Treasury Department. They’ll be doing the homework for about 4,000 government workers Trump will appoint — the top layer of management at government agencies.

But then there are more than 2 million federal workers, just in the executive branch. They’re not appointed, and won’t be leaving with President Barack Obama. These federal workers will show the landing teams how their agencies run.

“By way of drafting regulations, by way of preparing budgets, anticipating problems,” said Jack Pitney,  a professor of government at Claremont McKenna College.

The economic landing team will have some very specific questions. Things like…

Christie said the landing team will also want to know what sanctions are in place against other countries. And, of course, the status of trade agreements.