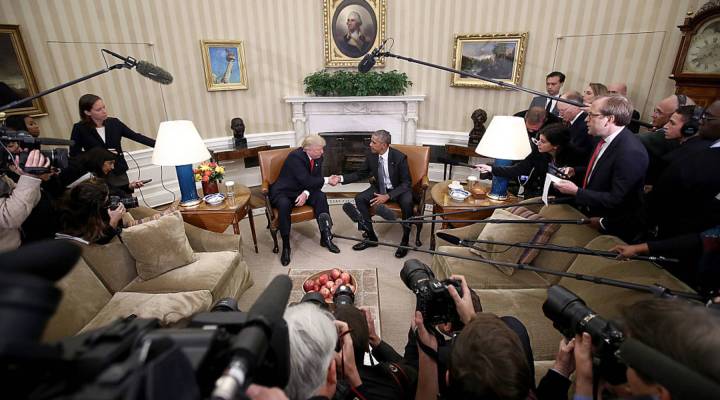 COPY
President Barack Obama shakes hands with President-elect Donald Trump following a meeting in the Oval Office November 10, 2016 in Washington, DC. Trump is scheduled to meet with members of the Republican leadership in Congress later today on Capitol Hill. Win McNamee/Getty Images
Politics Inside Out

There’s a really big difference between, conceptually, rhetorically, between slowly molding the economy that should be, which is what Hillary Clinton did, and saying, “the economy that is sucks for you [and] for us,” which is what Trump said. I think that the people that have already lost that insiders-outsiders battle, who already don’t have access, they’re the ones who voted for Trump by and large.

Politics Inside Out
Tags in this Story
Share this Story