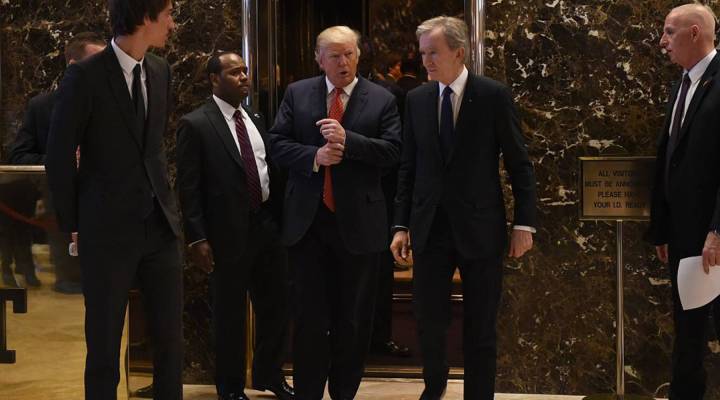 David Vincent Gagne is a chief technology officer for a web development company. He’s from Ormond Beach, Florida. Sergio Loya is a management consultant in Ashburn, Virginia. Gagne voted for Hillary Clinton. Loya voted for Donald Trump. But they describe themselves as political outsiders.

They both applied for jobs in the new administration. I first talked to them the week after the election.

“I think with Trump there’s a much greater chance for people that have not been in the political ‘industry’ to make a change in the world,” said Gagne then.

And Sergio Loya told me: “I think the attractiveness of Trump has come from his ability to be outside of government.”

Now, it is early days, and Trump hasn’t even been sworn in yet. But, when I talked to Loya and Gagne about a month later, Gagne had just gotten an automated response that his application was received. And Loya didn’t even get that.

“Not even an acknowledgement that they received it – nothing,” Loya said.

And Gagne said, from what he’s seen so far, Trump doesn’t seem to be looking for outsiders.

“He seems to be stocking his administration with the exact same multi-millionaires and Washington insiders that would have been picked up by Clinton,” Gagne said.

“If you believe you’re going to get a job by applying to the website, you’re deluding yourself,” Light said.

Light said you need a Trump insider to bring your resume into the White House.

“So, somebody’s gotta carry it in with a ringing endorsement of some kind,” he said.

“I could do a better job of broadcasting my philosophy versus outlining my credentials and my experience,” he said.

NYU’s Light said, ultimately, an outsider’s best bet is to cultivate inside connections.