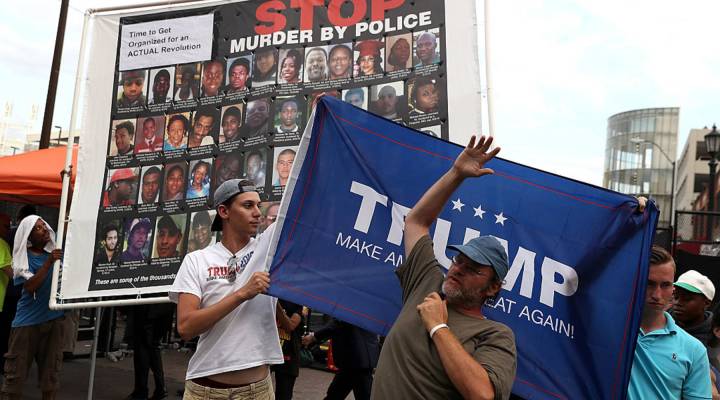 Everybody’s talking about the news late Monday out of the Republican convention that Melania Trump’s speech last night may have lifted parts of Michelle Obama’s convention speech, back when she was the prospective first lady. The Trump campaign’s response to all this? That the “team of writers” who worked on her speech “included fragments that reflected her own thinking.” For a candidate who says he’s a political outsider, that sure sounds like “insider” language.

That’s what we’re talking about this week here on Marketplace — insiders and outsiders in politics, in culture and especially the economy.

Today, we hear from two young guys taking in the crazy party scene outside the GOP Convention who are big Trump supporters, and an older Republican, in his 60s, wearing a T-shirt that says “Stop Trump, Stop Hillary.” Where are they when it comes to drawing the inside-outside the party line?