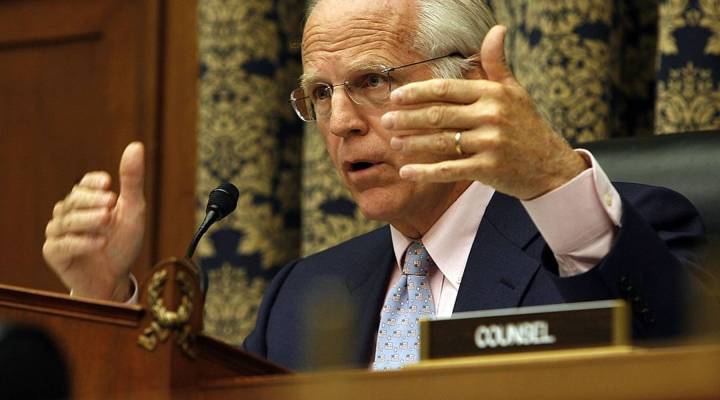 Christopher Shays served as a Republican member of the House of Representatives for 21 years, during which time he says he only voted for Republican candidates for president.

But this year, Shays says he’ll be voting for a Democrat. He recently wrote an op-ed for CNN explaining his decision, in which he stated he will vote for Clinton “not reluctantly, but with a strong conviction that she will be a good president.”

Shays spoke with Marketplace’s Kai Ryssdal about the reasoning behind his decision to break with his party.

On why he’s voting for Hillary Clinton:

Well, the big issue is why, given that I’ve never voted for a Democratic president or a Democratic governor. And the reason is I think Hillary is the best choice by far. I think there are huge liabilities with Trump… I think he has no experience. And in contrast, I think Hillary is smart, I think she’s tough, I think she’s knowledgeable . She knows the world community, she knows the world leaders. She knows the White House and what it takes to be effective as president. She knows Congress, she’s served as a Senator. And, frankly, she knows the American people. She’s been interacting with the American people for so long. And the last point, she wants government to work and she’s willing to work with Republicans, Democrats, unaffiliated voters — and Lord knows we need that.

On what he makes of Clinton’s vows to oppose Wall Street and impose tighter regulations:

I don’t know what quite to make of her so-called opposing Wall Street, but I do think she knows that you need economic growth. And it takes wealthy people to invest in our economy to hire people who need jobs.

On whether or not he has recommended to Clinton that she disclose the transcripts of her speeches:

I have not done that. What I do hope is that she doesn’t cut corners. I’d like her to do what I did when I was a member of Congress. We called it my ‘Community Meeting Test.’ If I couldn’t defend any action I took in a community meeting with comfort, then we didn’t do it.

On why Paul Ryan and Mitch McConnell have not ‘disavowed’ Trump yet:

On family gatherings and staff meetings with Trump supporters:

You know, we’ve agreed that we love each other and we just won’t talk about it. But I got a 4-page letter from a family member, totally disappointed that I’m supporting Hillary Clinton, and do it, I support her, eager to see her be elected.