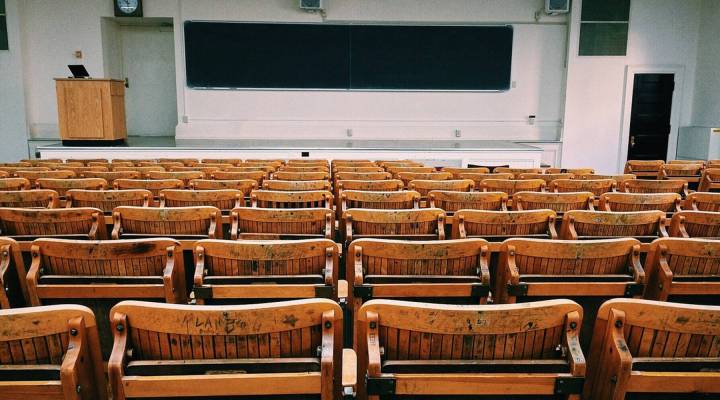 It’s been more than 60 years since Brown v. Board of Education, the Supreme Court case that ended state-sponsored racial segregation in schools and helped launch the modern Civil Rights movement. But segregation — by race and class — is on the rise again in public schools. A new report from the Century Foundation, a think tank that advocates for socioeconomic diversity, found that more districts are taking steps to address the growing concentration of poverty in schools.

“We have now found 100 districts and charter schools or networks that have policies that explicitly look at students’ socioeconomic status and factor that into their enrollment,” she said.

While the number is still small, those schools educate more than 4 million students, she said.

The growth, in part, reflects increasing legal restrictions that prevent schools from considering race in school enrollment, Potter said. Income can be a useful proxy for some districts trying to promote diversity. The number of schools with high concentrations of black and Latino students as well as poverty more than doubled between 2001 and 2014, according to a recent GAO report.

Meanwhile, research has shown that low-income kids of all races do better in mixed-income schools, Potter said. Those schools tend to have better resources and more experienced teachers, she said, and students can benefit from exposure to peers from more advantaged backgrounds.

That’s one reason the Charlotte-Mecklenburg school district in North Carolina is developing a policy that will consider family income when assigning students to some schools. A 1999 court ruling prohibited the district from using race-based diversity strategies.

“Clearly the public education system has a huge role in that opportunity,” she said. “Certainly having schools that have high concentrations of poverty doesn’t necessarily create an opportunity.”

The most effective diversity strategies, Potter said, consider both race and class when assigning kids to schools.

“Looking at socioeconomic status on its own isn’t a perfect measure,” Potter said. “Ideally systems look at both.”