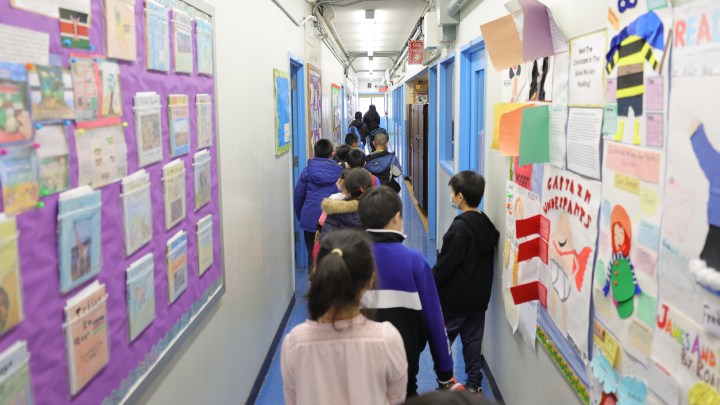 COPY
A new study found that children who made cross-class connections and friendships had a much higher chance of rising out of poverty. Michael Loccisano/Getty Images

A new study found that children who made cross-class connections and friendships had a much higher chance of rising out of poverty. Michael Loccisano/Getty Images
Listen Now

There’s a concept in economics known as “social capital.” There are a few aspects to it, including the idea that an individual can leverage their social network and connections to move up the socioeconomic ladder.

New research published last week in the journal Nature found that low-income children who are able to meet people from other income levels are much more likely to rise out of poverty. The researchers created an interactive tool, where users can put in a high school, college, or zip code, to see where it stands on measures of social capital, such as “economic connectedness.”

For schools and colleges, this could be an opportunity.

“I think it’s useful to think deliberately about how you can actually foster cross-class interaction,” says Raj Chetty, one of the study’s authors.

That interaction can only happen if the school has a mix of income levels, which isn’t always the case. Chetty has some ideas about how to facilitate those interactions like being aware of how academic tracking can calcify class divisions.

School architecture can also physically separate low-income kids. Chetty pointed to one high school in Texas that “literally had multiple cafeterias in the school.”

“They had free and reduced price lunch offered in one of the cafeterias and not the other,” he said, “It’s obvious how you might get quite a bit of segregation.”

Reeves said educators need to consider this question in everything they control, from playing fields to pedagogy.