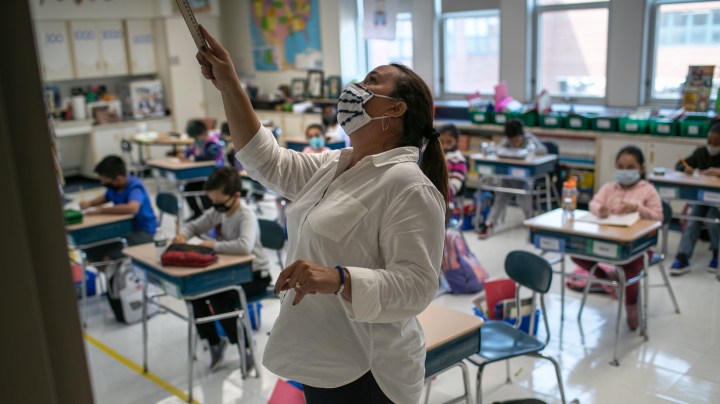 Numbers out this morning will show how much turnover there is in the workforce, including in schools. Across the country, school districts are ramping up hiring with the start of the new school year, but many are also struggling to retain current employees — not only teachers but cafeteria cooks and bus drivers.

Now, the spread of the delta variant could be making it even harder for schools to find employees.

In normal times, when Patrick Downey needed to hire a cook or a cashier he’d put up an ad, and then take it down once he found someone.

“Right now I just leave my ads up, they just don’t come down,” Downey said.

Downey’s company All Seasons Foods is a school meals provider in Florida. Downey already pays above minimum wage, but he wants to add health insurance benefits to help retain and attract new employees.

“I mean, it’s going to be difficult. There’s no question about it,” he said.

It’s difficult for school districts across the country. Some are offering new school bus drivers up to $2,000 in hiring bonuses. Henry County Schools in Georgia will give staffers $1,000 if they get a COVID-19 vaccine.

But some districts can’t require masks in schools, because of state bans on mandates. That’s the case in Oklahoma, where Victor Gonzalez teaches English language learners.

“I mean, some people just won’t go into education just because it’s not safe.” he said.

Even though it’s not required, Gonzalez is vaccinated, but he’ll be masking up in the classroom until the delta variant calms down.