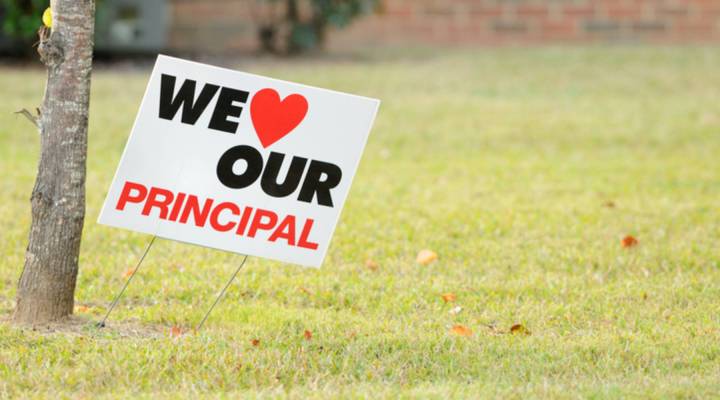 COPY
The report is based on a program of investment in more than 1,100 principals. sshepard/iStock/Getty Images Plus

The report is based on a program of investment in more than 1,100 principals. sshepard/iStock/Getty Images Plus
Listen Now

A new study has found that an $85 million, six-year program of investment in school principals across the country led to higher student achievement and better principal retention rates.

The Wallace Foundation-funded initiative invested in more than 1,100 principals in six school districts in cities like New York City and Denver. According to Rand Corp. report, clearer job expectations among principals in the program, and mentorship of those principals, resulted in better performance by students.

Nicole Isley-McClure’s first day as principal at High Point High School in Prince George’s County, Maryland, was in 2016. Nearly half of the school’s 2,600 students were immigrants who struggled with English. Isley-McClure said that at her school, success for students wasn’t as much about boosting test scores as it was about “providing them with more skills and with our career and technical aid programs within Prince George’s County, and helping them to acquire the language faster so that they can communicate on the job.”

The drop-out rate was then 11 percent. By the end of her second year, it fell to 5 percent. Isley-McClure credits the Wallace Foundation program, which gave her a year to shadow another principal in the same district. “I think that definitely gave me the confidence when I stepped in the role the very next year,” she said.

The Rand study found that in the schools with principals who had gone through the program, students’ reading and math scores improved. Lead researcher and economist Susan Gates said that the districts that participated in the program outperformed other similar districts. “The fact that they’ve been outperforming moves things ahead,” she said.

Maria Ferguson at George Washington University’s Center for Education Policy wasn’t involved with the project, but closely followed it over the past few years. She says there isn’t always a blueprint as to how to raise test scores, but that it generally involves support and evaluation of achievement. “I felt like this report made very explicit the need for both,” she said.

The manner in which the principals were supported varied from district to district. Some districts spent money on mentorship over the six years. The funding that Prince George’s County received went towards things like subsidizing tuition for continuing education.

A couple of years ago, new principal Zory Kenon started at John Hanson Montessori, an elementary and middle school also in Prince George’s County. At his school, Kenon implemented “Parent Academy”, a program where parents could learn how to help their kids learn. He partnered with a local casino, which donated money to the school to buy equipment. He also regularly meets with every eighth grader to assess their goals.

Aside from improving test scores, the districts that participated found more stability in their schools. The Rand study found that principals who went through the program were more likely to stay in their schools for longer periods of time. Kenon, as an assistant principal, had frequently switched schools.

“It was never really about longevity, per se, it was more maybe just the growth, you know, my professional practice,” he said. At Kenon’s current school, his two predecessors left after a few years. But Kenon said he expects to stay there until he retires.

Correction (April 9, 2019): A previous version of this web story misstated one of the findings of the Rand report. It has been corrected.