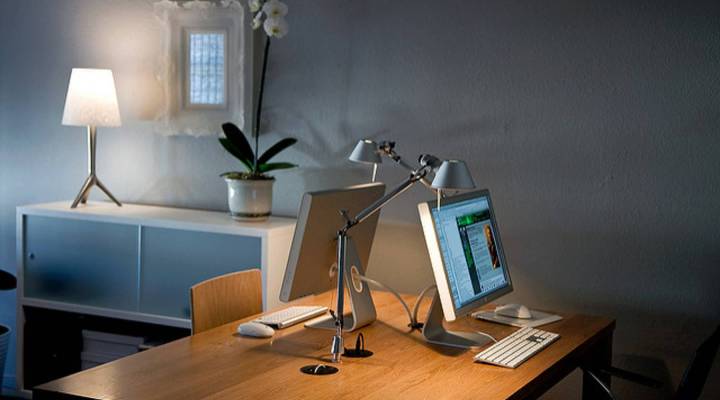 A home office. The number of Americans choosing freelance work is growing, according to a study from the Freelancers Union. blupics/Creative Commons

A home office. The number of Americans choosing freelance work is growing, according to a study from the Freelancers Union. blupics/Creative Commons

The stigma around choosing freelance work is fading and that has contributed to a steady increase of freelancers in the U.S., according to a survey released today by the Freelancers Union.

“Freelancing is becoming a way of life for a third of the workforce. Even if someone is doing it a little bit, it’s just getting to be more ubiquitous,” said Sara Horowitz, the head of the Freelancers Union.

Freelancers represent 35 percent of working Americans, bringing in an estimated $1 trillion in the last year, according to the nonprofit trade group. There are 55 million freelancers, up from 53 million in 2014. A majority of those freelancers — 63 percent — said they started freelancing by choice and not necessity, which might have been the case during the recession. Most freelancers said being employed by only one company is actually less secure than having a roster of clients.

Why is the perception changing? One reason may be the growing presence of  the gig economy — workers that act as contractors for ride-hailing companies like Uber and Lyft, or delivery services like Instacart and Postmates. But these workers, which likely make up less than 1 percent of the working-age population in the U.S., may not identify as traditional freelancers.

Horowitz said her organization is finding that people simply favor the flexibility of freelance work.

“Freelancers really want to lead a 360 degree life,” she said. “That is they want a balance, not just work and life but their interests, the things they’re committed to, and they’re really thinking about how can they put together their lives in this way.”

Horowitz said politicians should be paying attention to the growing workforce. Major issues among this group include better access to independent health insurance and retirement plans, and  safeguards against employers who either don’t pay their contractors, or don’t pay them in a timely manner.

Eighty-five percent of those they surveyed by the union said they were likely to vote in the presidential election. Here’s the candidate breakdown for those 47 million potential voters, according to the survey results:

“Many of these votes are up for grabs,” Horowitz said.