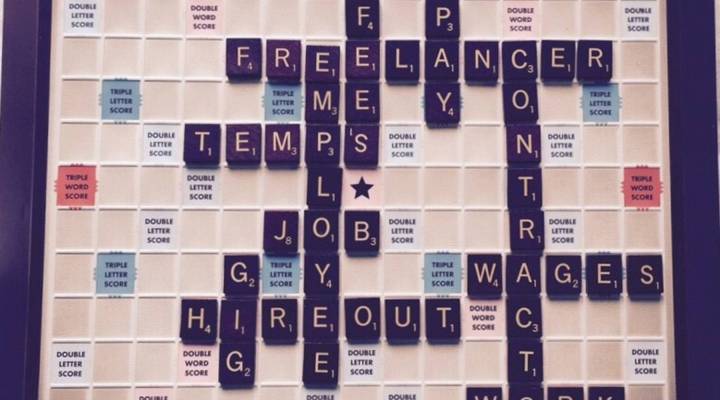 The ranks of Americans working contract, freelance and temporary jobs are growing. Many companies have a two-tier workforce now, a blend of permanent employees and contractors. We’ve been here before.

Peter Cappelli, professor of management at the University of Pennsylvania’s Wharton School, said that in the 1910s, when U.S. corporations were in their early stages, “there was a huge amount of outsourcing.”

Business owners routinely farmed out different parts of the assembly process to individual contractors, some working outside their factories. They would hire out marketing, sales and distribution to professional agents.

“I mean, they were masters of kind of the core competency,” Cappelli said. “It was mainly finance guys and a couple of people who had an idea, and they outsourced everything.”

The mid-20th century, with lifetime careers and muscular unions, may have been an anomaly. Companies today value a “flexible” workforce that keeps costs down in a fast-changing, “just-in-time” economy. Freelancers are part of that.

Scott Greer, 29, is an independent digital marketing consultant in Nashville. The old notion of lifetime employment sounds like “death” to him. He had full-time jobs, but wanted to try going solo.

“There’s obviously some level of job security in a salary,” Greer said. “But when you’re in a certain position, it’s like you kind of see the future not in a good way, and it’s just monotonous. You don’t have as much control over what you want to do.”

There are tradeoffs. Greer’s former colleague, Rich Paschall, has been in and out of the freelance world for decades.

“When you go on your own, suddenly you don’t have a crew,” Paschall said. “You have to take out the guard, crack the safe and drive the getaway.”

Rich Paschall and Scott Greer have worked both full-time company jobs and as freelancers in the marketing industry. The first six months freelancing were a ”roller coaster,” Greer said.

Paschall said the attitude toward freelancers has changed in advertising.

“Way back when, a couple decades ago, freelance was almost kind of looked down upon,” Paschall said. “There was almost a stigma to it. The freelancer would come in and you’d be like, gosh, poor guy, can’t get a full-time job.”

But as technology evolved, some of the industry’s top talent started leaving salaried positions to go it alone.

Many companies outsource advertising and marketing projects to freelancers now. Some are finding them on sites like Upwork and Freelancer.com, where freelancers bid for jobs.  Greer said he explored online platforms but now avoids them.

“You’re really commoditizing your work, and everyone wants to get something as cheap as they possibly can,” he said. “I definitely undervalued myself in the beginning.”

Even offline, “you’ve got a lot of people who are trying to lowball you,” Paschall said. “That’s going to take some off the top line right there. But the same thing can be said for full time in companies. You’re seeing a lot of prices coming down, salaries coming down, benefits being pulled back, so I don’t know if there’s any one safe place.”

Paschall’s advice for young contractors and freelancers: Get a good financial adviser.

The Price of Profits,” our series with Business Insider, looks at what happens when profits become a company’s product. For more, visit priceofprofits.org.