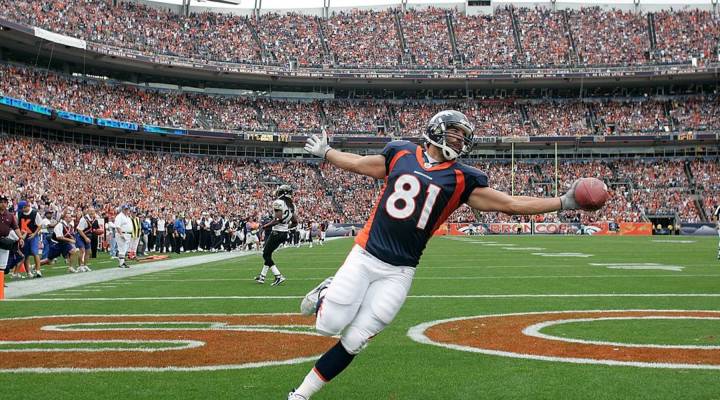 Over the past couple of decades or so, people from all over the world have found entertainment in pretending to be the owners of imaginary professional sports teams on the internet. Many are making money out of it, too.

Fantasy leagues are a huge business – a business that has, in many ways, created its own economy. For instance, there are more than 30 million people in this country playing fantasy football alone.

Nate Jackson used to play for the Denver Broncos, now he plays on a few fantasy football leagues. His newest book is called Fantasy Man: A Former NFL Player’s Descent into the Brutality of Fantasy Football.

It’s a big money maker for the NFL, for ESPN. They attract a lot of new eye balls, they get people involved that might not otherwise, so in that way I think it’s good. But it is changing the way people view the game. The loyalty to a particular team is kind of gone. What you’re loyal to now is your own fantasy team and you would rather have your own fantasy team win then the team that you grew up supporting, and so it creates a lot of fractured loyalties.

On how fantasy football changed the clichés of the game: