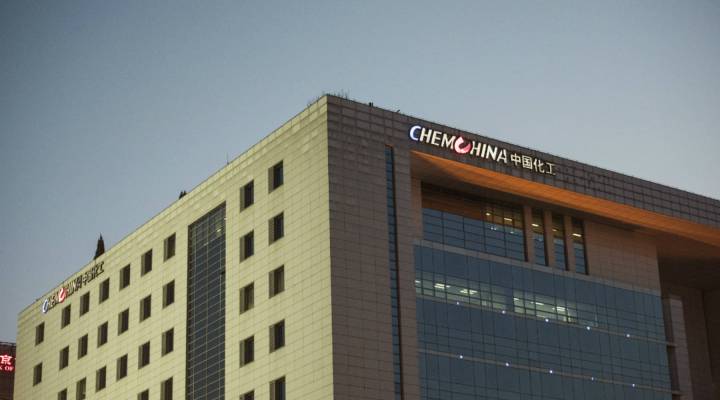 The U.S. Committee on Foreign Investment approved ChemChina’s purchase of Syngenta – a Swiss agribusiness company. The deal, which was first announced in February, had some worried about the national security implications of the Chinese owning a seed company that sees a quarter of its revenue in the United States.

Derek Scissors, resident scholar at the American Enterprise Institute, said with those security issues out of the way, the potential gain for the Chinese in the agricultural sector is important for the country.

“They would take losses elsewhere, rejections elsewhere in exchange for this being approved that we haven’t got to that point, yet,” he said. “But this is a very big deal on the Chinese side.”

Now the big test will be with antitrust regulators in an industry that has seen lots of consolidation over the past year – with Dow and DuPont merging and Bayer attempting to acquire Monsanto earlier this year.

Willy Shih, professor of management practice at Harvard Business School, said he was a bit surprised the approval from Foreign Investment came this quickly.

“If the tables were turned and this were a dominant player in China being acquired by a western firm, I think they would run into many more obstacles,” he said.

The $43 billion deal would be the biggest foreign takeover by a Chinese company to date.