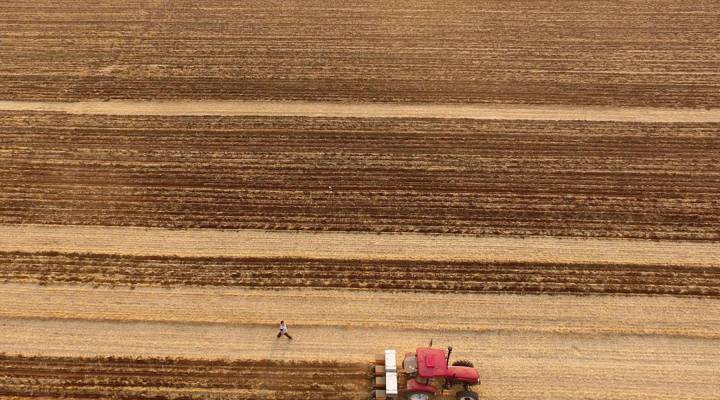 Over the past year, China has signaled it would relax that stance. This week it released its latest five-year plan for science and technology, saying it would push for the commercialization of biotech corn and soybeans in the next few years.

China’s population is growing, and so is its middle class. Increased meat consumption has driven imports of corn and soybeans for animal feed.

“And this step to commercialize GMOs is really an attempt by them to limit the amount of growth in imports they will have to do in the future,” said Bruce Babcock, an agricultural economist at Iowa State University.

He said biotechnology could help Chinese farmers increase yields and make them less vulnerable to climate change with drought-resistant crops.

China is U.S. soybean farmers’ biggest market. But Babcock said it’s not clear if China’s push to commercialize genetically modified corn and soybeans will be bad for U.S. growers. It will take a few years for Chinese farmers to get those crops to market, and a lot can happen in global markets over that period.

“We could have another drought in the United States. South America could have a big drought,” he said. “Today’s abundance could turn around quickly, and in three to five years, the world could actually welcome increased production of corn and soybeans from China.”

“Simply because it’s more efficient to ship in large Panamaxes from the U.S., Brazil and Argentina, as opposed to moving a product domestically from north to south in China,” he said.

He added that China’s move towards genetically modified crops could lower the political barriers to exporters trying to get biotech traits approved there.

Biotech soybeans flow easily into the country. But in 2013, China halted all U.S. biotech corn shipments for more than a year after discovering unapproved genetically modified corn.

“The market likes transparency,” said Seth Meyer, chair of the World Agricultural Outlook Board at the U.S. Department of Agriculture. “If, in this process, the Chinese put forth their thoughts on GMOs, and that makes the market for trade more transparent in grains, then I think everyone would be happy about that.”