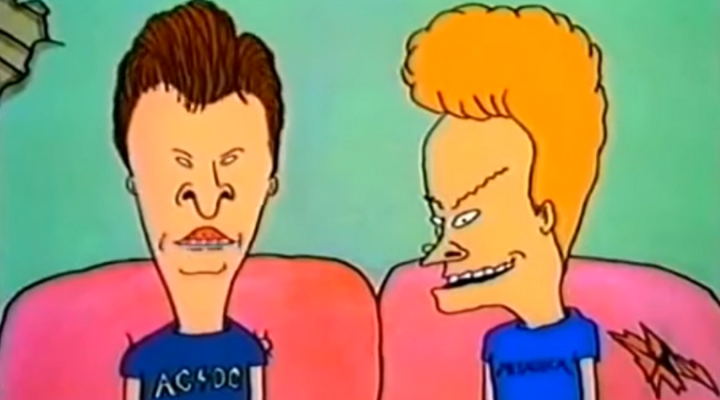 COPY
We live in an era where nostalgia has its own day of the week, says one MTV executive. MTV

We live in an era where nostalgia has its own day of the week, says one MTV executive. MTV
Listen Now

Nostalgia and Butthead. Not a likely pair. Except for the MTV generation who grew up on animated classics like “Beavis and Butthead.”

MTV is turning 35. And to celebrate,  it’s planning to take what’s old and make it new again. On Monday, the network’s birthday, MTV will launch a new channel, MTV Classic, where it will pull shows from its archives. Hits that were big way back in the ’90s — programs like “MTV Unplugged,” “Daria” and “Beavis and Butthead.”

Umstead said by returning to its roots and bringing back its classic programming, MTV is trying to appeal to millennials — but not just the young.

Hopefully the new, old channel will give the network a way to hold onto older viewers, “who might not have cut the cord already,” he said. “It might give them an opportunity and a reason to stay with satellite, and cable and their subscription package. They’re trying to reach the older, 25-34 millennial that might have a family now and might look to go and watch content that they grew up on.”

“We live in an era where nostalgia even has a day in the week,” he said. “Thursdays have become throwback Thursday.”

Next is MTV’s place in pop culture history. The old media materials that MTV has stored and will be airing on its new channel are a cultural gold mine.  “As a snapshot into popular music in the last 35 years, there is no stronger one,” he said.

But times have changed.

“We were a monoculture for a long time,” Flannigan said. “We were a singular provider of a point of view.”

With the exception of an alt weekly, or a college radio station, by and large MTV was it. Flannigan said.

“They’re competing against Pokemon Go, as much as what another channel is also putting on air,” she said.

MaryLeigh Bliss, chief content officer with YPulse, a youth marketing and millennial research agency, said it could be tricky to get millennials to watch old fashioned TV.

“They are watching television differently and their attention is just hugely fragmented,” she said. “There’s more entertainment content available to them than any generation previous. That means there’s content available on their phone.”

And phone companies, like Verizon, are also now creating their own mobile-only channels.

But memory of a time before adulthood can be powerful.

“Using nostalgia absolutely has worked for previous brands,” she said. “Reboots are, at this point, an industry in and of themselves.”

Bliss said just look at all the old shows we binge watch on Netflix. And, oh hey, don’t forget to post next throwback Thursday.