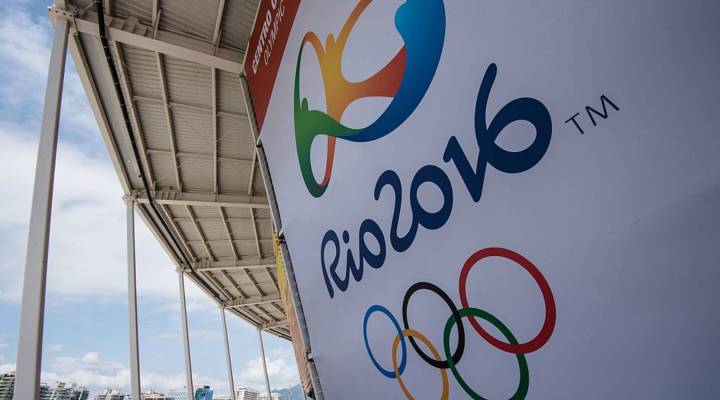 COPY
The 2016 Rio Olympics has another controversy on its hands; this time it's Russia's team.  YASUYOSHI CHIBA/AFP/Getty Images

The 2016 Rio Olympics has another controversy on its hands; this time it's Russia's team.  YASUYOSHI CHIBA/AFP/Getty Images
Listen Now

The Olympics in Rio de Janeiro are less than three weeks away. And these games have already been full of controversy. Now, the International Olympic Committee is talking about banning the entire Russian team from the games after an investigation revealed a massive doping scandal.

Roger Pielke Jr., a professor at the University of Colorado and author of the forthcoming book, “The Edge,” about cheating and corruption in sport, said Brazilian officials probably aren’t complaining about diverted negative attention.

“Brazil probably should send a big thank you card to the Russians for taking the focus of attention off of the political issues, the infrastructure issues and Zika leading up to the games,” he said.

So, will an all-out ban of Russian athletes mean less competition and less exciting TV?

“At the same time there will be, probably, a lot of great stories, new stars and those sorts of things that will capture the public’s imagination,” he said. “And those things will be pushed and highlighted by the media.”

It could also mean more perceived integrity in the games. Which, for some sports, means the rightful champion will be crowned. Roger Pielke Jr. said that hasn’t always been the case.

“So, in a sense, in these games, maybe the thinking is, without the Russians there, there’s more of a chance for athletes who went about things the right way to actually get on the medal stand,” he said.

The decision on whether all 68 Russian athletes will be banned from the games in Rio de Janeiro should come down by the end of the week. But, knowing these games, it’s probably not the last bit of controversy that will emerge before they open on August 5.