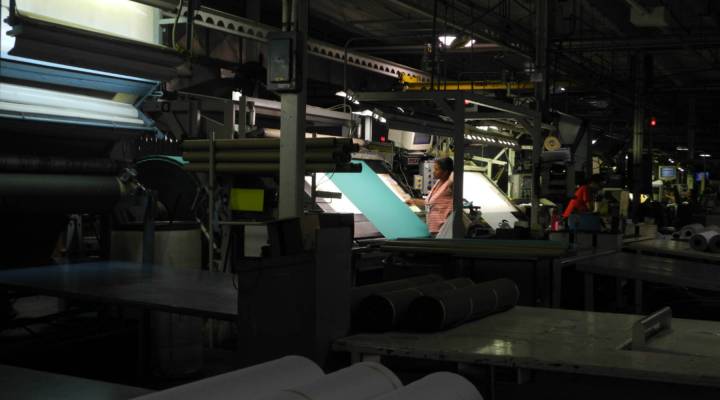 The impact of global trade and trade agreements have been of great debate during the current U.S. presidential campaign. The debate is centered on the forces of globalization and how the rules meant to govern it affect American workers. In our latest Marketplace-Edison Research poll, a majority of respondents told us they blame trade deals for the loss of U.S. manufacturing jobs, over other natural changes in the economy. But forces like automation, improved technology and product specialization cannot be overlooked.

Click the player above to hear how the workforce has evolved at two U.S. textile companies.