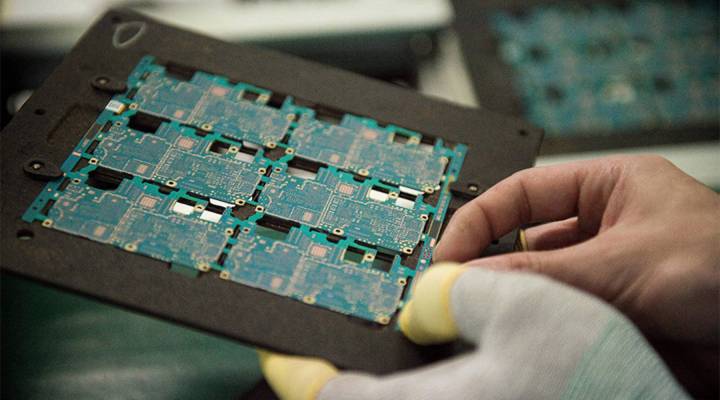 COPY
"Theft [of technology] was the norm throughout history, all the way since the Industrial Revolution," says Greg Clark, a professor of economics at the University of California, Davis. Nicolas Asfouri/AFP/Getty Images
Marketplace Tech Blogs

"Theft [of technology] was the norm throughout history, all the way since the Industrial Revolution," says Greg Clark, a professor of economics at the University of California, Davis. Nicolas Asfouri/AFP/Getty Images
Listen Now

As trade talks continue between the United States and China, U.S. officials complain that China has long failed to protect U.S. intellectual property rights, a charge China rejects. The United States wants China to put an end to what’s known as “forced technology transfers.” That’s when U.S. companies have to share their valuable tech secrets with local partners in order to access China’s much-coveted market.

Finding a solution has been a big sticking point in trade negotiations. And the history of countries sparring over IP issues goes back centuries.

Marketplace’s Tracey Samuelson talks with Greg Clark, a professor of economics at the University of California, Davis. He said in its infancy, the United States took advantage of some stolen tech.

Greg Clark: Theft was the norm throughout history, all the way since the Industrial Revolution. The British stole a bunch of their technology from the Italians, and then in turn the Americans stole most of their textile technology from the British. Samuel Slater, a British apprentice in a textile mill, carefully memorized the plans and set sail for America and became the father of the American textile industry and indeed the kind of father of the American Industrial Revolution.

Tracey Samuelson: So how do you think we should be thinking about this today, if those were sort of celebrated figures for the technology that they brought back home?

Clark: Yeah, no, in that perspective, what the Chinese are now attempting to do is absolutely the pattern of history, and there’s actually a lot of debate about whether such property rights hinder or advance technological progress.

Clark: Yes, yes, though, the one thing I should say is that the British actually, by 1842, abolished all attempts to restrict the flow of technology out of Britain.

Samuelson: They just sort of gave up?

Clark: Yes, because by then there were very significant equipment manufacturing firms that wanted to profit by the export of the machines that embodied the new technology. The other reason that the British changed their attitude was that the British actually had such an efficient manufacturing system that they actually didn’t need to worry about other people getting the technology. But the thing is, I think now that is not going to be the case. In manufacturing, Chinese labor costs will allow them to undercut America. So you’re not going to be able to say, well, it doesn’t matter if they get our technology, we can still actually compete.

Why are mortgage rates falling?

Why are mortgage rates falling?