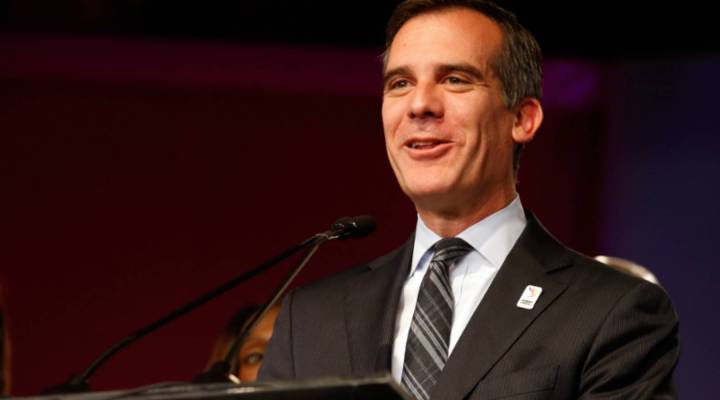 Immigration is top of mind and front of burner this election year. A sign of the times: The U.S. Conference of Mayors has just launched a new Latino Alliance of Mayors, chaired by L.A. Mayor Eric Garcetti, at its annual conference held last week in Indianapolis.

New evidence of Latinos’ political clout, meanwhile, comes from U.S. Census data just released. Hispanics now make up 17.6 percent of the U.S. population (at 56.6 million), up from 16.3 percent (50.5 million) in 2010. Most of that growth is not from immigration—legal or illegal—but from a natural increase in the U.S.-born Hispanic population.

Tom Cochran, executive director of the U.S. Conference of Mayors, said a top priority of the new Latino Alliance is to make sure the Census Bureau isn’t undercounting Hispanics and shortchanging cities.

“This is about funding,” Cochran said. “Because if people are living in your city and they need health care, and they need this and that, and there are federal grants coming down, it’s unfair for cities to have to take care of those people using our regular funds.”

Texas economist Ray Perryman has done extensive research on the economic costs and benefits of immigration—both legal and illegal. He finds that because most undocumented immigrants work, and most of them use some form of I.D. (often fraudulent) to get on the books, they are generally not a net drain on government coffers. That’s because Social Security and income tax are withheld from their paychecks.

“In fact, the federal government makes out very well,” Perryman said, “because there’s a lot of taxes paid, and very few benefits paid back.”