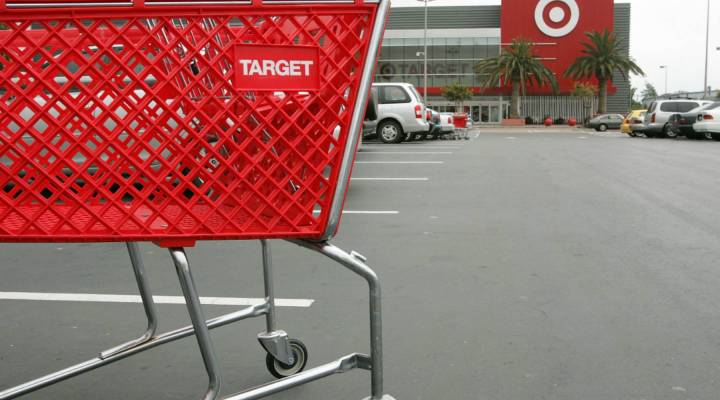 Rocio Cigarrero is the kind of shopper Target would like to see more.

She’s Latina, from Mexico. And she’s a regular at Target’s flagship store in Minneapolis. “I come almost every day,” she said.

Her 10-year-old daughter, Yamile Ambriz, sometimes tags along on trips to buy staples like oil and sugar, or whatever else they need that day.

“My mom sometimes buys some clothes there,” she said. “We have a lot of fun.”

Latinos make up a growing slice of the U.S. population — about 17 percent. And about one in four babies is Latino. Retailers like Target are paying attention.

Last year, it focused a whole campaign on its Latino audience, playing off unique Spanish words, like “sobremesa,” which describes time spent with family or friends after dinner.

Target’s standing with Latino shoppers slipped a bit following its big data breach a few years ago, according to Kantar retail analyst Amy Koo. But it still has a higher than average slice of the Hispanic market, partly because its stores are in more urban areas than, say, those of Wal-Mart. And Koo said the retailer is increasingly focused on opening stores in urban and college areas.

“So physically they’re expanding in those regions that are going to more Hispanic or minority heavy,” she said. “They’re also gearing towards younger shoppers who are, again, disproportionately non-white.”

I asked Target marketing executive Rick Gomez whether the pursuit of the Latino shopper might change, in light of the charged atmosphere around immigration following the election. Gomez, who’s Mexican-American himself, said no.

“It’s a large demographic, it’s growing, and they have huge influence on the broader population when it comes to trends like fashion, food, music,” he said. “So we’re committed to growing our business with the Hispanic guest, and I don’t see that changing.”