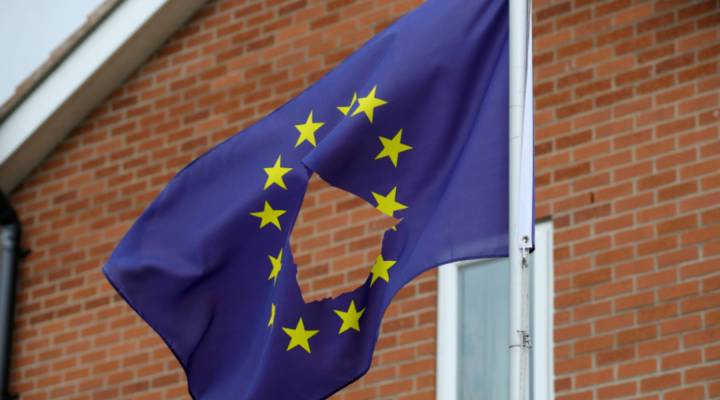 The United Kingdom has voted to leave the European Union, a decision that's affecting the value of the British pound and oil prices. Christopher Furlong/Getty Images
Brexit

The United Kingdom has voted to leave the European Union, a decision that's affecting the value of the British pound and oil prices. Christopher Furlong/Getty Images

Global markets are already reacting to the decision by U.K. voters to leave the European Union. The “Leave” voters won by a tiny margin in Thursday’s referendum, edging out those who wished to remain in the political and economic union by just a few percentage points.

That came as a surprise to many, according to Michael Hewson, chief market analyst at CMC Markets in London.

“The betting markets had really been banking on a ‘remain’ vote,” he said. “Certainly the direction of travel for equity markets and the pound had pretty much been a one-way bet all of this week.”

The U.K. will officially remain a member of the EU until it finishes exit negotiations, which are likely to take two years or longer.

The British pound dropped to its lowest level against the dollar in more than 30 years at one point, although it recovered later in the day. The Bank of England promised to push almost $350 billion in extra liquidity into the markets, if needed, to steady the value of the currency, and the bank’s governor, Mark Carney, said he would do more if needed. The European Central Bank said it’s “closely monitoring financial markets” and is ready to provide extra credit as needed.

“I think the bigger effect has been in European equity markets,” said CMC’s Hewson, “because of concern about contagion effects, and the ramifications that this vote could have in other parts of Europe.” Politicians in several other European countries, including France, Holland and Italy, have called for similar referendums, and Hewson said the outcome of the British vote could influence Spanish elections coming up this weekend.

Currency traders had a long night with little sleep. Colin Lawrence of currency broker TorFX described it as “calculated chaos.”

“We processed more transactions this morning than we do normally in a record day,” he said. “We haven’t seen movements like this since back in 2008.” The Japanese yen rose along with the dollar, sparking inflation concerns as Japan’s leaders warned the U.K. decision would have a real affect on Japan’s economy.

The fall in sterling pushed gold to a two-year high as investors rushed to find less risky assets in the volatile market. According to Reuters, “World stocks headed for one the biggest slumps on record as the vote triggered 8 percent falls for Europe’s biggest bourses and a record plunge for sterling.”

The uncertainty about what comes next for Europe destabilized global oil prices as well, sending them down more than 6 percent.

“The decline in oil prices is symptomatic of concerns of a slowdown in the global economy as investors absorb the ripple effects of what this event could mean, not just for Europe, but for the rest of the global economy in general,” Hewson said.