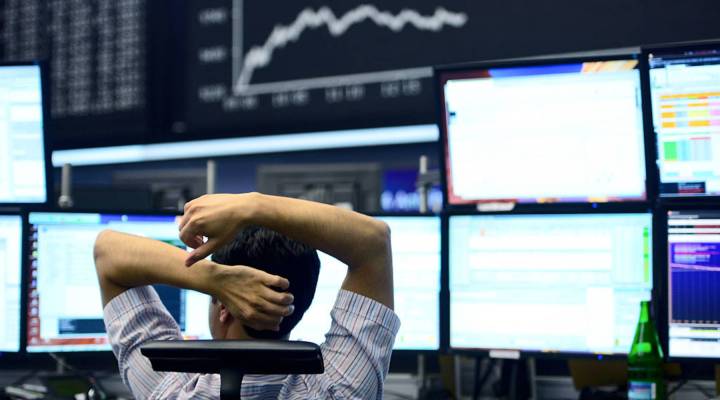 COPY
A trader sits at his desk under the day's performance board that shows a dive in the value of the DAX index of companies at the Frankfurt Stock exchange the day after a majority of the British public voted for leaving the European Union.   Thomas Lohnes/Getty Images
Brexit

A trader sits at his desk under the day's performance board that shows a dive in the value of the DAX index of companies at the Frankfurt Stock exchange the day after a majority of the British public voted for leaving the European Union.   Thomas Lohnes/Getty Images
Listen Now

Trade is going to be near the top of a long Brexit to-do list for U.K. officials as they work out the logistics of exiting the European Union.

Currently, the U.K. is part of the EU’s single market, which allows for the free movement goods, services and capital. EU member countries also jointly negotiate trade deals. The U.K. may seek to remain in the single market even as it exits the EU, since leaving could make trade more expensive and complex for British importers and exporters.

Norway, which is not an EU member, could offer a model,” said Davina Garrod, who heads Akin Gump’s European Competition and Regulatory Practice. “Norway takes advantage of the single market and can trade freely throughout Europe,” she explains. “However, Norway has no voice in Brussels and Strasburg.”

Would the EU agree to that? On the one hand, the U.K. will still be an important trading partner for remaining EU countries; German automakers, for example, still want Britons to buy their cars.

“The E.U., first and foremost, is going to be concerned about other countries thinking about following in the U.K.’s footsteps,” said Miriam Sapiro, a senior advisor at Finsbury and former acting U.S. trade representative. “I think it’s going to be very difficult for the EU to give the U.K. any special treatment or to negotiate any soft landing.”

Sapiro added the timeline for these negotiations will be long; little will change day-to-day in the meantime.

“A lot hinges on the nature of the deal the U.K. eventually works out with the single market,” said Sebastian Mallaby, a senior fellow at the Council on Foreign Relations, speaking on a call with reporters. That includes the Transatlantic Trade and Investment Partnership agreement, a pending trade deal between the U.S. and the EU. “The U.S. might be politically open to including Britain, but how you do it is impossible to say when you don’t even know what the trade relationship is between Britain and Europe,” Mallaby said.

In April, President Barack Obama said the U.K. would go to the back of the queue for a trade deal with the U.S. on its own, though that decision will now likely fall to his successor.