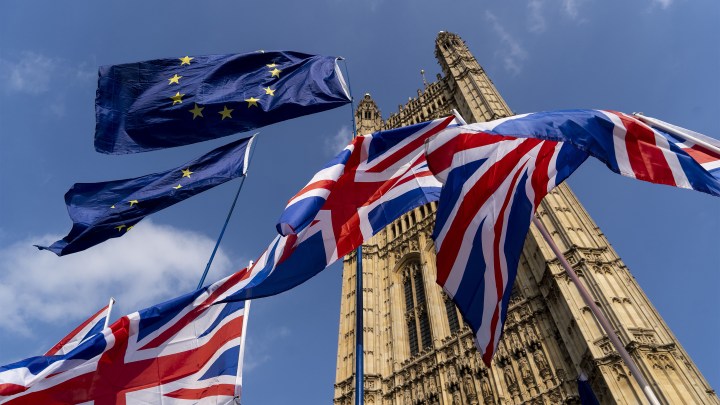 After three turbulent years negotiating the United Kingdom’s departure from the European Union, the country has finally embarked on talks about its future trade relationship with its former European partners. The prospect of a swift agreement seems remote.

Opponents of Brexit warn of economic disaster for the U.K. should it fail to secure the closest possible trade deal with the EU.

But Brexiteers point out that the U.K. buys far more from the EU than the EU sells to the U.K. They claim British companies might actually benefit from fewer European imports: British manufacturers and suppliers could find they end up with a larger share of the domestic market. Economists call it “import substitution.” To some extent it has already been happening.

When Nimisha Raja launched her healthy snacks business in June 2016, she imported most of the fruit and vegetables used in her products from continental Europe — it was much cheaper than sourcing them in the U.K. Within weeks, however, the U.K. voted to leave the European Union, the pound fell sharply against the euro and Raja’s costs skyrocketed.

“Apples or beetroot, whatever we were buying, was suddenly much more expensive and, as time went on, we found that it was cheaper to buy in the U.K.,” she told “Marketplace.”

Raja now sources some 80% of her produce in the U.K. and makes a virtue of it in her advertising. She’s no fan of Brexit which she still finds “worrying,” but concedes that increased trouble trading with the EU could have an upside.

“I think we’re all a little bit keener to deal with other British suppliers and manufacturers wherever possible. I think it’s going to be a great thing to buy British produce and British-manufactured goods here,” she said.

In his engineering factory in Birmingham, England, Jules Morgan endorses that sentiment. The co-founder of KPM Marine, maker of equipment for boats and ships, Morgan has always preferred to buy components from British manufacturers. Dealing with British suppliers, he says, shortens his supply chain, keeps his costs stable, promotes efficiency and reduces his carbon footprint. If trade barriers do go up between the U.K. and the EU, he said: “I think we’re going to see a renaissance of British manufacturing.”

A recent press report about the Japanese auto maker Nissan seemed to support that idea. The company operates a large plant in England and was said to believe it could benefit from the lack of a free trade deal between the U.K. and the EU because continental competitors would find it more difficult selling to the British market.

But Nissan denied the story, claiming that its British plant would not be sustainable in the absence of a trade deal. Professor David Bailey at Birmingham Business School agrees.

“A car that’s made in the U.K. might involve between 60% and 65% content from Europe.” said Bailey. “We’ve got these supply chains that are integrated across Europe. Components might cross the English Channel many times. So if you start to put trade barriers in, that makes it difficult to produce cars in the U.K.,” he said.

Bailey predicts dire consequences for automaking in the U.K. if the country  fails to strike a trade deal with Brussels.

“The hit to output in the U.K. in the event of no trade deal could be of the order of 175,000 units a year, that’s over 10%. And then longer-term output could fall by another half a million. So from the industry’s point of view, no trade deal would be catastrophic,” Bailey told “Marketplace.”

But marine equipment manufacturer Morgan said long and complex supply chains no longer make sense. The disruption caused by COVID-19 has underscored the fragility of that system, in his view. According to Morgan, a hard Brexit could help bring more manufacturing back to Britain while freeing the country to export to fast-growing, farther flung economies around the world.