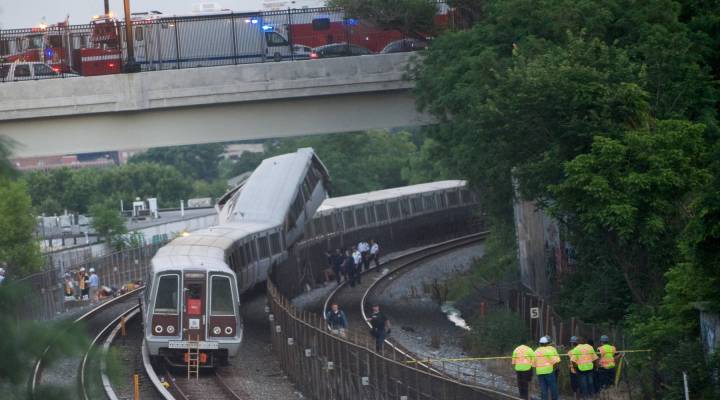 Ask anyone in Washington D.C. about “Metropocalypse.”  Ask anyone in Brooklyn about “L-pocalypse.” They’re both subway systems, and they’re just two examples of current or imminent public infrastructure meltdowns due to backed up maintenance and repair. “There’s bridge reconstruction, airport reconstruction,” says Tyler Duvall, a partner at McKinsey. “Transportation, water, waste water.”

McKinsey recently completed an analysis of U.S. infrastructure spending. “There are a lot of really high return infrastructure projects the U.S. is not building right now and as a result we’re falling behind the rest of the world,” Duvall said. McKinsey estimated the United States needs to spend 0.7 percent of GDP (about $125 billion) per year more than it spends now, just to keep things from getting worse. “To see significant improvements… you’d have to go even higher,” he said.

U.S. infrastructure suffers not only from a lack of committed resources, but also from friction, said Duvall. From project selection to completion, “the path to breaking ground is one of the longest in the world,” he said, even compared with countries like Canada with similar commitments to environmental safety.

So why is there such little political will for infrastructure spending?

One reason is, of course, that there’s other stuff to spend money on. “Infrastructure money gets crowded out by other demands – at the federal level its entitlements … taking ever larger chunks of the budget,” said economist Douglas Holtz-Eakin, president of American Action Forum, a center-right think tank. “Same thing goes on at the local level – they have education, police, things they have to pay for right now and that gives the temptation to put off till next year doing that infrastructure project and the next year becomes the year after and the cycle repeats.”

Squabbling between different jurisdictions and different levels of government is not uncommon. Finally, there’s the issue of instant gratification, or lack thereof, for political leaders. “You’re probably not gonna see the benefits for years,” said Holtz-Eakin. “Maybe more years than you’re gonna be in office.  They’ll get all of the blame for raising the money and none of the credit for completing the project.”

No one wants to think about the long term until they’re late to work cause of the subway shutting down.