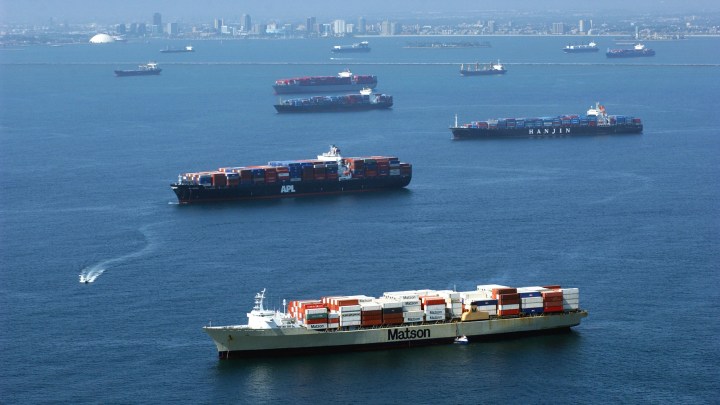 President Joe Biden’s infrastructure plan calls for investing $17 billion inland waterways, ferries and coastal ports. Those ports have been struggling to handle the wave of imported products we’ve been demanding throughout the pandemic.

But American ports have been in need of upgrades since well before the arrival of COVID-19. How could these facilities, and the economy overall, benefit from this investment?

Our ports could really use the help, according to Dale Rogers, a professor of supply-chain management at Arizona State University.

He said that when you look at the design of some foreign ports, like Shanghai or Rotterdam, Netherlands, “it’s really brilliantly designed and engineered. And what we mostly have in the U.S. is infrastructure left over from an earlier time.”

U.S. ports have been improving to some degree to handle more imports and bigger ships.

Mario Cordero, the executive director of the Port of Long Beach, which is part of the country’s busiest port complex, said the port now prioritizes rail construction. That will help move cargo while burning less fossil fuel, “but also in a more expedient manner, to get the containers from the terminal and out of the harbor district.”

“Whether it’s jobs in the trucking community, jobs in warehousing and, of course, jobs even when we talk about rail,” Cordero said.

That could pull in manufacturing and construction workers who’ve been out of work.

But Dartmouth economics professor Emily Blanchard said there aren’t as many unemployed workers in manufacturing or construction as in the service sector, which was disproportionately hit by COVID-19.

“It’s probably not the case that if you were waiting tables a year and a half ago, you’re going to be jumping right in line to get involved in the reconstruction of the Baltimore port,” she said.

For supply-chain jobs to boost the broader economy, Blanchard said, the U.S. will have to invest in skills training that would help unemployed people get better jobs and move up the income ladder.