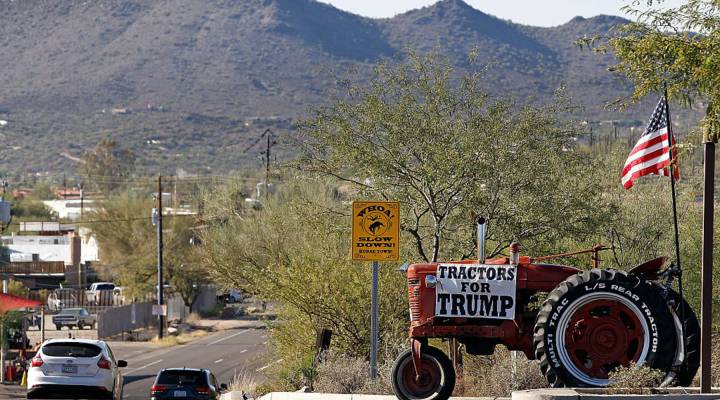 COPY
A sign in support of Republican presidential candidate Donald Trump hangs on a farming tractor near a polling station on November 8, 2016 in Cave Creek, Arizona.   Ralph Freso/Getty Images

A sign in support of Republican presidential candidate Donald Trump hangs on a farming tractor near a polling station on November 8, 2016 in Cave Creek, Arizona.   Ralph Freso/Getty Images
Listen Now

One thing politicians and voters agree on is that the nation’s infrastructure is old and needs repair, in some cases, and complete reconstruction in others. President-elect Donald Trump has promised to invest as much as $1 trillion in infrastructure, which sounds like good news for builders and construction companies. In fact, it was one of the first things President-elect Trump mentioned in his victory speech.

“We are going to fix our inner cities,” Trump told a group of supporters. “And rebuild our highways, bridges, tunnels, airports, schools, hospitals. We’re going to rebuild our infrastructure.”

Nobody that drives on roads in this country or reads about failed railroad tracks needs convincing, but the plan the President-elect laid out during his campaign is one that would get most, if not all, of the money to build this new infrastructure from private investment. And investors would have to charge a user fee in order to recoup the expense.

It’s easy to understand the idea of a user fee when it comes to things like roads: if you drive on the road, you pay a fee — a toll. It’s a little more complicated to figure out how a company is going to get a return on investment after it replaces lines that deliver water to the homes in a city. Or how the companies that produce asphalt to pave those roads will get their piece.

Carter Ross, spokesperson for the National Asphalt Pavement Association, said his group’s members have a lot of unanswered questions.

“What the president-elect is proposing is a lot of public-private partnerships, how that actually plays out, we don’t know,” he said. “Congress has talked about dealing with highway trust funds as part of tax reform, but we have no idea what tax reform is going to look like. So, I think there are a lot of question mark, and what’s clear is that the need is out there.”

Infrastructure spending isn’t a novel idea for an incoming president. President Obama promised infrastructure improvements during his first term, too. In December 2008 he told the public about thousands of “shovel ready” projects in an effort to pass a stimulus bill. He said these projects would create lots of jobs. Just a year later, he conceded that he might have over-promised.

Randall Eberts, president of the Upjohn Institute for Employment Research, said there’s actually a labor shortage for these sorts of projects in the U.S. right now.

“It’s going to give us a boom in terms of jobs but with low unemployment right now, we’re going to be taking jobs away from some other sector to employ them in the infrastructure sector,” he said.

Then there’s the possibility that America is investing in building things in a time where self-driving cars are being tested and the way power companies produce electricity is changing. Steve Swartz, partner in McKinsey and Company’s center for business and environment, said this is a volatile time for these investments.

“There is a tremendous fear that decisions getting made now on infrastructure are locking us into a pathway,” he said. “I think people are worried about the lock-in on the energy sector in particular that comes from those types of long-lived investments.”

Despite this fear, it sounds like many infrastructure projects will proceed and construction companies will get contracts. Who is going to foot the initial bill for the investment and what projects are going to take priority in the new administration are just a few of the details the Trump team has to work out. 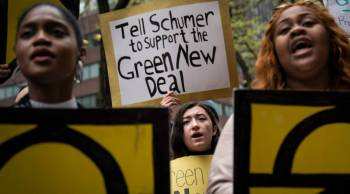