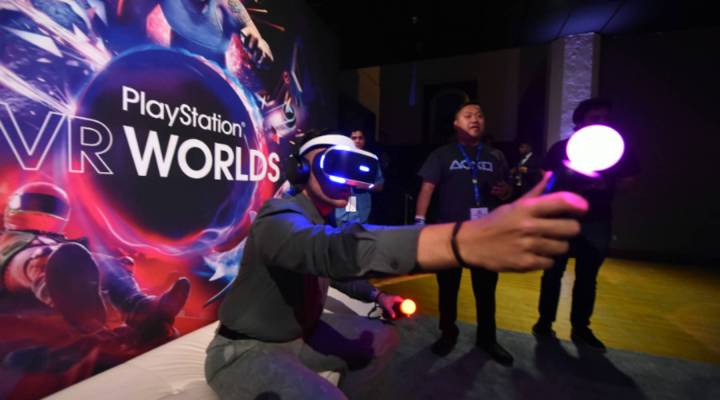 Tens of thousands of video game insiders head to Los Angeles this week for E3, the Electronic Entertainment Expo, a giant exhibition where major companies launch new products and game updates, and try to create buzz.

The $23.5 billion industry is changing quickly, with growth driven by digital game sales and the sustained popularity of mobile gaming.

Every year, video game makers try to one-up themselves and each other with game updates and new hardware.

More people are playing games, but they might not call themselves “gamers.”

“Even people who wouldn’t necessarily consider themselves fans of video games play a lot of games on their phones,” said Erin Robinson Swink, creative director of the game program at the University of California, Santa Cruz.

Elena Fedina, a data analyst with Superdata, said the splashiest games on exhibit at E3 will take people to a whole new dimension.

“The most promising and unexplored segment right now is virtual reality,” she said.

Still, the actual gear is expensive, and the general public is still pretty clueless about what it is and how it works.

The biggest area of growth right now is in digital games for PCs and consoles. Mobile is also expected to keep growing.

Rich Taylor with the Entertainment Software Association, which organizes E3, said he expects 50,000 people, with 200 exhibitors. More than 90 of those will be in mobile, and 53 will display something related to virtual reality.