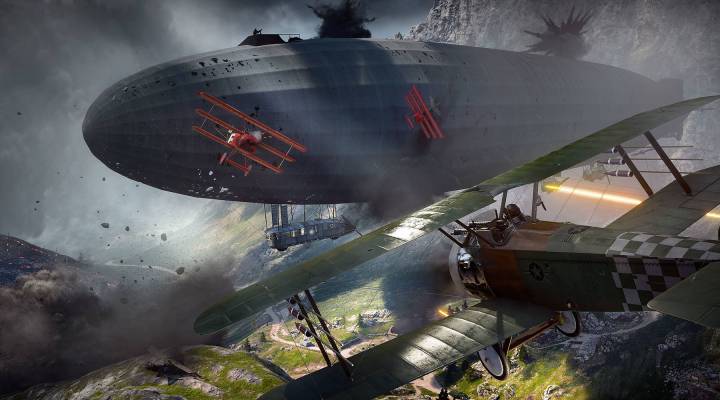 Electronic Arts announced Monday that its war-themed franchise “Battlefield” will soon be a television series, according to The Hollywood Reporter.

Paramount Television and Anonymous Content have struck a deal with the gaming company to turn the game into a show. They have not determined a network for the show yet. Anonymous Content is responsible for TV series like “Mr. Robot” and “True Detective,” but this is the first time it, or Paramount will do a video game-based TV show, according to the THR.  Anonymous Content partner Michael Sugar pointed to the game’s loyal following as a key part of the deal.

Marketing TV or movies to existing video game fans aren’t always such an easy sell, especially when fans have high expectations. But, TV seems to be a more successful platform than movies.

“‘Battlefield’ has a tremendous built-in, engaged fan base, making it a highly coveted piece of IP primed for long-form adaptation,” Sugar said. “Together with EA and Paramount TV, we’ll develop the “Battlefield” TV series with the same commitment to robust storytelling that has made the game such a runaway success for nearly 15 years.”

EA is releasing the latest addition to the “Battlefield” franchise, “Battlefield 1,” in October. Marketplace’s Kai Ryssdal interviewed EA CEO Andrew Wilson last month annual Electronic Entertainment Expo, or E3, and got a lesson on how to play “Battlefield 1”. Wilson also talked about the future of gaming and what that means for EA:

Listen to the full interview from our Corner Office podcast.