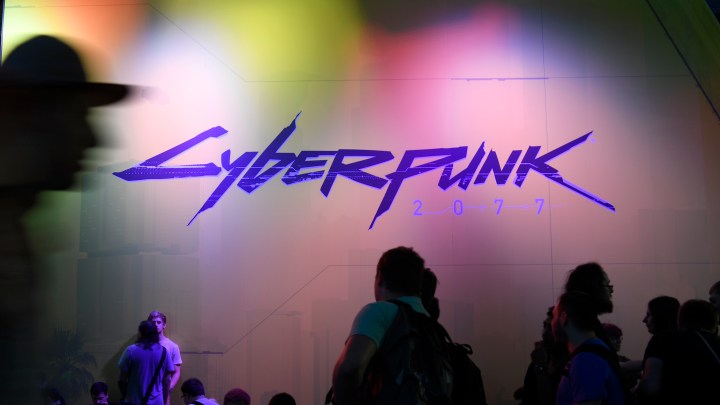 COPY
The release of Cyberpunk 2077 was much anticipated. Above, the Cyberpunk 2077 stand at a video game trade fair in Germany last year. Ina Fassbender/AFP via Getty Images

The release of Cyberpunk 2077 was much anticipated. Above, the Cyberpunk 2077 stand at a video game trade fair in Germany last year. Ina Fassbender/AFP via Getty Images
Listen Now

2020 has been a huge year for gaming, what with the world stuck inside. The overall spending is expected to near $159 billion. But one of the most highly anticipated games of the year — Cyberpunk 2077, eight years in the making — has been a disaster. Sony has pulled the game from its online store. Microsoft, owner of Xbox, is expanding its refund policy to cover the game. So what went so wrong?

Cyberpunk 2077 is all about navigating a dystopian future where corporate power has run amok.

Isaac Roman, 32, is a gamer who had to “put the controller down in frustration.” He plays on a PlayStation 5, which is the most advanced platform you can play on, and he still has problems with the game crashing.

“My first experience was, ‘Damn, this is a beautiful game. The production values are insane,'” he said. “However, every half hour, it would boot me out of the game.”

Complaints about unpolished animation and crashes on older consoles have been much worse. The timing is unfortunate, because the timing could have been so good. See: stuck inside, 2020.

“From January to August, gaming spending was up 13% year over year,” said Carter Rogers, principal analyst at SuperData, a Nielsen company. Why did this happen?

“The pandemic is part of it in that it is harder to have people into the office to play test,” Rogers said.

There’s also a culture in the gaming industry of pushing the product through too quickly and pushing developers too hard, said Tracy Fullerton, director of the USC Game Innovation Lab.

“Crunch doesn’t work,” she said. “I mean, honestly, it’s not a new lesson. It’s something that people have been talking about for years.”

Hard on the people who make the games, and now hard on the product itself. The Cyberpunk 2077 release may be a reckoning for the industry.