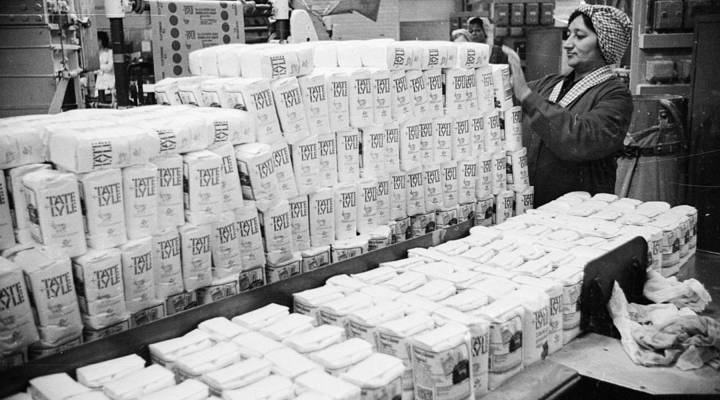 Big changes are coming to the little nutrition labels on packaged foods and drinks, thanks to new rules announced Friday by the U.S. Food and Drug Administration.

The changes mean calorie counts per serving will appear in large type. And serving sizes for foods like ice cream are getting an update to be more realistic.

But probably the biggest change has to do with what the labels will tell us about “added sugars”—the sweeteners like honey, high-fructose corn syrup or cane and beet sugar that are added to products.

“There are added sugars throughout the food supply— in jams, in breads, in cereals and condiments,” said Jim O’Hara, director of health promotion policy with the Center for Science in the Public Interest, which advocated for the label changes.

The revised Nutrition Facts labels will show how many of the total grams of sugar in a serving come from added sweeteners. They will also reflect how much of the government’s recommended daily dose of added sugars a serving delivers.

“For instance, a 20-ounce Coke has 130 percent of the daily value of added sugar,” said O’Hara.

The FDA said soda, sports drinks and desserts are among the biggest sources of added sugars.

Candy maker Mars welcomed the moves. “Making nutrition guidance clear to consumers is the right thing to do, and we applaud the FDA for proposing such transparent labeling,” the company said in a statement.

The firm added that sugar “can be consumed in moderation as part of a balanced diet and active lifestyle.”

As consumers have increasingly spurned added sugars on their own, many big companies have already reformulated products.

General Mills, maker of iconic cereals like Lucky Charms and Cheerios, said in a statement that it has “steadily reduced sugar in the food we make in the U.S. for more than 10 years and has made significant strides, especially in yogurt and cereal, while maintaining the great taste that consumers demand.”

Big companies can also pursue new products that are not heavy on the added sugars. For example, Coke and Pepsi sell bottled water.

“The manufacturers, the Coca-Colas of the world, are going to find other solutions,” said food marketing expert John Stanton at St. Joseph’s University.

Stanton said the new label could hurt sugar processors most.

“It demonizes sugar,” he said. “And it perpetuates this notion that some foods are bad for you.”

Courtney Gaine, head of the Sugar Association, feared a similar outcome. “Consumers are now going to have added sugar front-of-mind at point of purchase,” she said.

Health and nutrition experts said even healthy foods, like bananas and carrots, contain sugar. But those foods deliver other important nutrients, and consumers don’t typically gorge themselves on them the way they do with sweets.