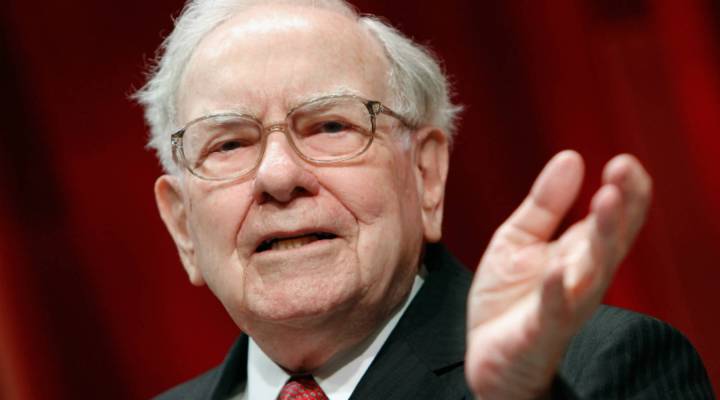 COPY
Warren Buffett bought over $1 billion worth of shares in Apple earlier this year. Paul Morigi/Getty Images for Fortune/Time Inc.

We’ve been poring over thrilling new filings with the Securities and Exchange Commission that let us know where big investors put some of their money over the last quarter.

A couple notables: Warren Buffett bought over $1 billion worth of shares in Apple. And billionaire George Soros is getting deep into gold mining; he bought up 20 million shares in one of the world’s biggest gold miners, Barrick Gold Corp.

Some investors see buying gold as a smart response to unstable markets and low or negative interest rates. Mines are a longer-term investment, but Soros could be hedging against even more market instability in the future.

And Buffett and his firm Berkshire Hathaway are known for what’s called value investing. They look for stocks they think are undervalued but fundamentally stable — and there’s a good argument that Apple fits the bill exactly right now.

“In the past, nobody’s lost any money betting on Apple as long as they’ve stayed in long enough to recover from any temporary dips,” said Larry Magid, a technology journalist who spoke to our partners at the BBC.

The company has been taking a hit as iPhone sales have slowed down, but Apple stocks did tick up after the news Monday.

Perhaps more surprising than Buffett’s new appetite for Apple was his firm’s decision to divest from shares in AT&T this quarter.