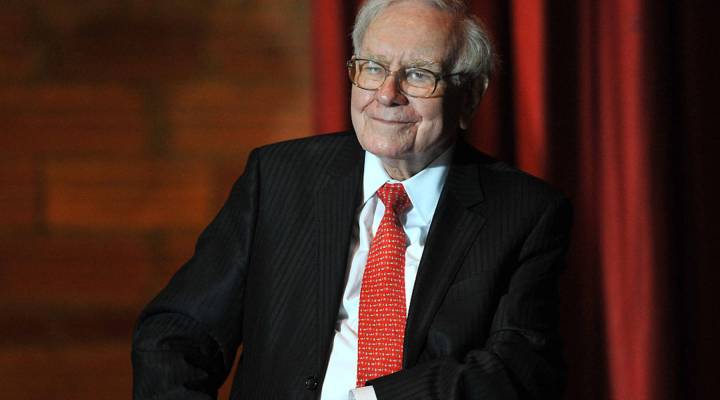 Perhaps a million people are waiting for a very special letter due tomorrow morning from investment mogul and chair of Berkshire Hathaway, Warren Buffett.

“It’s like the release of a new Harry Potter book for a kid,” said University of Massachusetts professor Ravi Jain.

“About a million people download it,” said Lawrence Cunningham, professor at George Washington University and author of “The Essays of Warren Buffett.”

People like Buffett because he’s likable, said Cunningham.  “He has projected an image as folksy, like an uncle-figure who gives you good advice and the thing that’s striking to me — I know him pretty well — is that it’s true.”

Oh, there’s also the fact that Warren Buffett is the third wealthiest man in America, worth $50 billion.

“First he’s wickedly smart,” said Faber. “But what everyone is drawn to is the performance. Berkshire Hathaway has had massive outperformance over the S&P.”

Berkshire Hathaway has 60 direct subsidiaries and thousands of indirect ones. So Buffett’s letter and Berkshire earnings are a little bit like economic indicators of their own, said University of Massachusetts’ Ravi Jain.

With every market swing recently bringing another twist of the knife for investors, a calm sensible bit folksy wisdom is just what a lot of people could use right about now.