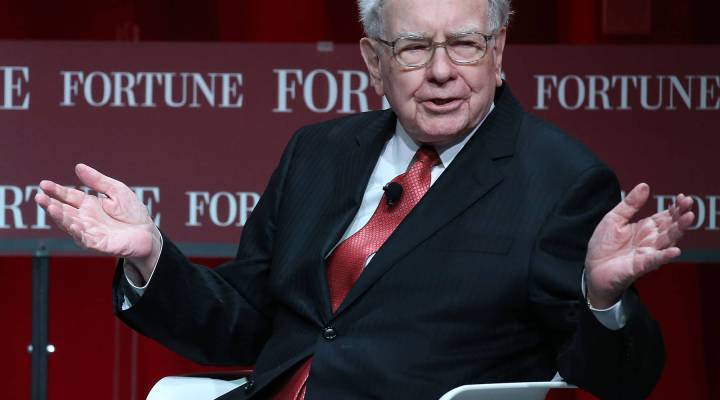 COPY
Warren Buffett, chairman and CEO of Berkshire Hathaway, speaks during the Fortune summit on 'The Most Powerful Women' in Washington, DC. This year, Berkshire Hathaway's annual meeting will be live-streamed for the first time, available to a global audience of Warren Buffet freaks. Mark Wilson/Getty Images

Warren Buffett, chairman and CEO of Berkshire Hathaway, speaks during the Fortune summit on 'The Most Powerful Women' in Washington, DC. This year, Berkshire Hathaway's annual meeting will be live-streamed for the first time, available to a global audience of Warren Buffet freaks. Mark Wilson/Getty Images
Listen Now

Required reading this weekend was Warren Buffett’s annual letter to Berkshire Hathaway shareholders. And for a lot of people, Berkshire Hathaway’s annual meeting at the end of April will be required viewing. This year, for the first time, the meeting will go global, live-streamed from Omaha by Yahoo Finance.

The event will also be broadcast in Mandarin to include a huge group of Buffett followers and shareholders.

Ben Schachter of Macquarie Securities says the live stream is a coup for the Yahoo Finance team, but even with the company running advertising, he said, “Unfortunately, I think these things are all interesting that they can generate some money, but it’s not going to matter much in the overall scheme of thing.”

To the fortunes of Yahoo as a whole, that is. But it will matter to tens of thousands of Warren Buffett fans. Donna Dudney is one of them. She’s a professor of finance at the University of Nebraska and a regular at the Berkshire Hathaway event.

“Last year when I went to the meeting,” she said, “it was completely full in the arena, and there was streaming to overflow rooms, but it was just at capacity.”

She says a live broadcast makes sense. She says many attendees are decades younger than Buffett. And they soak up his answers during the hours-long Q&A.