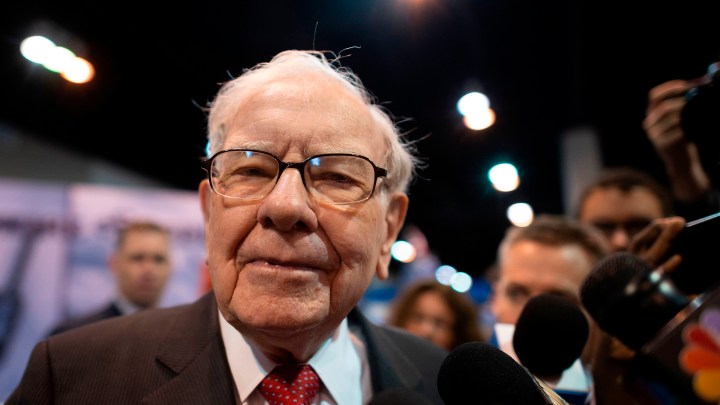 Marketplace’s Kimberly Adams has more. She spoke with Marketplace’s Andy Uhler, and the following is an edited transcript of their conversation.

Andy Uhler: So, Kimberly, give me the numbers on this deal. What’s going on?

Kimberly Adams: So Berkshire Hathaway is picking up about 7,700 miles worth of natural gas transmission pipelines, Dominion’s large natural gas storage facilities, plus part ownership of an LNG export facility — that’s liquefied natural gas. But a big chunk of this $9.7 billion deal is actually Berkshire taking over debt, almost $6 billion worth of Dominion’s debt. And Dominion says now it’s planning to focus more on its state-regulated utility businesses. And in that sector they’ve been making a really big push toward renewable energy.

Uhler: And this wasn’t the only big news coming from Dominion Energy this week, right?

Adams: Right. Dominion and Duke Energy announced that they’re giving up on the Atlantic Coast Pipeline. That was an $8 billion project that was supposed to run a natural gas pipeline along the East Coast. But, like many of these pipeline projects, it was running into a lot of legal and environmental challenges. In a joint statement, the companies said that those delays and other cost uncertainties “threatened the economic viability of the project.”