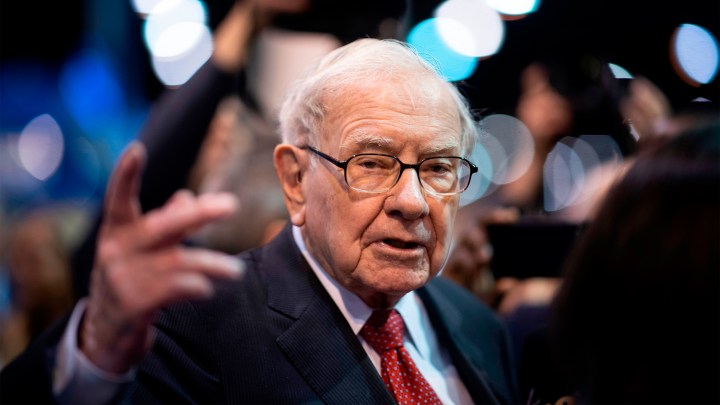 COPY
Warren Buffett, CEO of Berkshire Hathaway, speaks to the press as he arrives at the 2019 annual shareholders meeting in Omaha, Nebraska. Johannes Eisele/AFP via Getty Images

Warren Buffett, CEO of Berkshire Hathaway, speaks to the press as he arrives at the 2019 annual shareholders meeting in Omaha, Nebraska. Johannes Eisele/AFP via Getty Images
Listen Now

Buffett has owned his hometown newspaper, the Omaha World-Herald, for almost nine years. He has been in the newspaper business for more than 40 years. The billionaire lover of local newspapers is famous for almost never selling off an investment that’s making money.

But Berkshire Hathaway is selling Buffet’s accumulation of more than 30 daily papers, dozens of weeklys, and their digital operations for $140 million. That includes the St. Louis Post-Dispatch the Omaha World-Herald.

“It struck me as one more nail in the coffin of the old ownership of newspapers,” said Bill Grueskin, professor of professional practice at the Columbia Graduate School of Journalism.

“The fact that he’s getting out of the newspaper business — one that he’s been in for a long time — is one more negative signal for the future of local newspapers as we’ve known them,” Grueskin said.

The buyer, Lee Enterprises, has been managing most of the papers for Berkshire Hathaway since 2018. It said there’s a potential $25 million in cost savings from this deal.

“The consolidation like the one happening today gives the industry some breathing room,” said Rick Edmonds, media business analyst at the Poynter Institute. “There’s some efficiencies once you put two companies together.”

That’s what Gannett, the parent company of USA Today, and New Media Investment Group said they were looking for when they merged last year, creating the largest newspaper group in the U.S.

Local newspapers have been suffering for years. Craigslist wiped out pages of paid print classifieds. Social media sucked up lucrative local ads. And it’s only getting tougher to fight for a slice of a household’s media budget, said Joshua Benton, director of the Nieman Journalism Lab at Harvard University.

“All these other monthly subscription products are making people look at the substantial amounts of money, in many cases, they’re paying for the daily print newspaper and saying, ‘You know what, we can just look at our phones,’” Benton said.

In a statement about the news, Buffett said: “I am confident that our newspapers will be in the right hands going forward.”