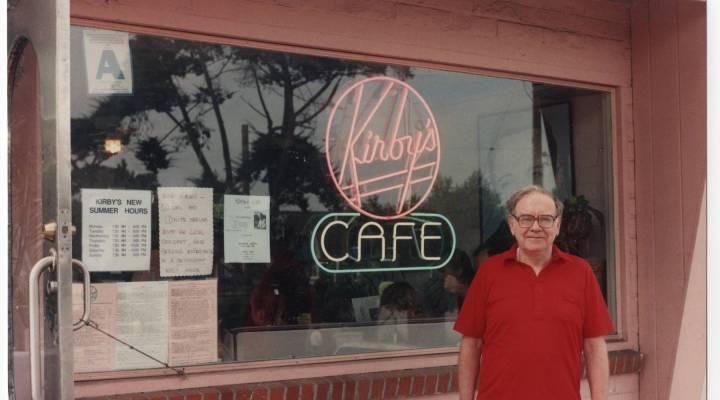 On Monday night, HBO will air a new documentary from Emmy Award winning documentary film maker Peter Kunhardt called “Becoming Warren Buffett.” Through interviews with the Oracle of Omaha and his closest family and friends, it explores Warren Buffett’s personal life and how it shaped his success as an investor who went on to make billions.

Kai Ryssdal: Why do you think Warren Buffett agreed to sit down with for this thing? He’s not a private guy, we’ve had him on the broadcast, but why do you think he let you in? Because he let you all the way in.

Peter Kunhardt: Yeah, he did let us all the way in. I didn’t go out there as a finance reporter; I don’t know much about finance. I cared about him as a human being and how he came to be who he is today. So I was after a much more personal side of him, and I think he was open to that.

Ryssdal: Here’s the thing about Warren Buffett, and honestly, this film didn’t do much to dispel my impression of him and that is this: He is an avuncular old, grandpa-type guy who has Coca-Cola and Oreos for breakfast and eats junk food and has a great sense of humor. But he is about as cutthroat a business man and a competitive son of a gun as you’re ever going to see. Is that fair?

Kunhardt: That’s —everything I hear, that’s fair. He is as competitive as they come, and he doesn’t like to lose. I do think though that he has a moral compass that does not allow him to do things, to archive more in a way that he would not be proud of.

Ryssdal: Yeah, there’s a line from the film, I think it’s Charlie Munger speaking, his long-time business partner at Berkshire Hathaway. And it’s a line about “buying a fair company at a great price and now he buys great companies at a fair price,” or something like that.

Kunhardt: Exactly. Early on, Warren would buy very cheap stocks, knowing he could squeeze a few more dollars out of them, and they weren’t particularly good companies. And Charlie really turned him around to make him recognize the value of good companies and what they could produce over the long term.

Ryssdal: He is wired differently, and he basically admits this. He says at some point in the film, “I was genetically blessed with a certain wiring that’s very useful in a highly developed market system where there’s lots of chips on the table. And I happen to be good at that game.”

Kunhardt: He doesn’t take credit for that. He’s the first to say every life has equal value. “I happen to be lucky to be wired at a time when this sort of wiring makes a lot of money for me.” But it’s worked against him too. His childhood, he had difficulty fitting in. But it really was his wife, Suzy, who, when she came on the scene, if he had this giant brain, she had an equally giant heart, and she did everything she could to bring him out of himself and to socialize him and to make him much more comfortable with people around him so that by the end of the film, he says, “If it wasn’t for Suzy, Berkshire-Hathaway wouldn’t have happened. I would not have been as successful as I have been.”

Ryssdal: There’s a phrase that runs through this film, and it is compound interest, and Warren Buffett is a devotee of it, the strength of it and the power of it. But he talks a lot about the time that it takes for compound interest to work and the catch of course is that now, he lives and operates in a world where time has been shrunk, if that makes any sense.

Kunhardt: Yeah, that’s true. You know, if I personally took one lesson away from it is that compound interest works if you have patience. And he feels that today’s society of investors is largely not patient enough, so he attributes it to time, and he’s an incredibly patient man.